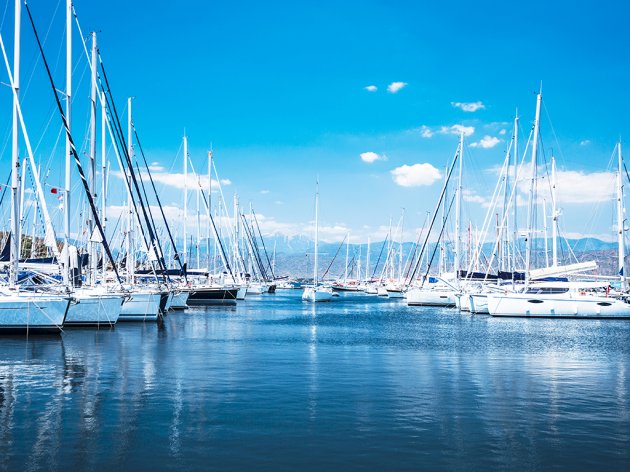 Illustration (Photo: Anna Omelchenko/shutterstock.com)
The operator and owner of the Slovenian spa Terme Catez has sold Marina Portoroz to a Japanese buyer, as Delo and Primorske Novice dailies reported on Friday.

Delo writes that the purchasers are Japanese investment funds and that the price is below EUR 15 million, whereas Primorske reports that a Japanese multinational company is buying the biggest marina in the country for EUR 16 million, the STA agency reports.

Several weeks ago, the sale was announced by Bojan Petan, whose publishing company DZS owns and operates Terme Catez.

He announced at the time that the sale of the marina was part of an agreement with the creditors of DZS on the financial restructuring of the debt and that the move was coordinated with the biggest creditor – the York investment fund, Primorske Novice writes.

The daily adds that Terme Catez signed the deal with the Japanese multinational company at the price of around EUR 16 million several days ago and that the details of the agreement are not known, noting that it is possible that the agreement once again contains suspension terms (the pausing or the postponement of the execution until certain conditions are met).

Certain unfulfilled suspension conditions are allegedly the reason why last year’s agreement on the sale of the marina to Adventura Holding for EUR 21.6 million fell through, Primorske writes.

According to Delo, one of the suspension conditions pertains to the parcel on which Marina Portoroz has a concession agreement signed, and which is not covered by the sales and purchase agreement, because it is planned for the construction of the coastal spa complex.

Primorske reminds that Peter Polic of P&P Group from Lucija, Piran, offered EUR 40 million for Marina Portoroz and the land meant for the coastal spa complex, tennis courts and bungalows nearly three years ago. This time, his company did not apply for the purchase.

The Municipality of Piran told Primorske Novice that they had been notified that the sales procedure was in the final phase and that they hoped that the new owner would develop the business activities of the marina well.
Tags:
DZS publishing company
Terme Čatež
Bojan Petan
Peter Polič
Marina Portorož
sale of Marina Portorož
Share: