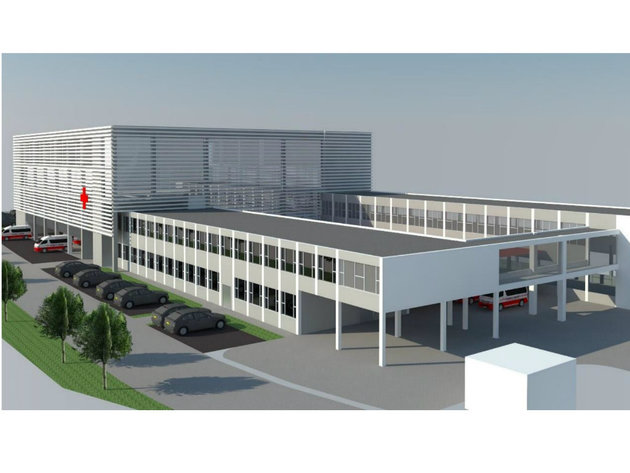 (Photo: Beoinfo/Urbopolis)
The further dynamics and the phases of realization of the project of thermal rehabilitation of four public buildings in Belgrade have been agreed. The City of Belgrade will finally bring the Emergency Service, the City Library, the Students Polyclinic and the Dispensary to European standards, said Mayor Zoran Radojicic.

As Radojicic added, the project is worth EUR 16 million, of which EUR 11 million is provided from EU grants, whereas the rest comes from a loan from the European Bank for Reconstruction and Development.

– This is the first project that the City of Belgrade got from the IPA, with great support from the competent Ministry for European Integration. We will carry out the reconstruction of four facilities of vital importance for the functioning of the city, which haven’t been reconstructed for decades – the mayor said.

As Beoinfo reports, the project is in line with the strategic orientation of the City of Belgrade, which pertains to the development of a green capital city, the idea which is the foundation for the action plans for the green city and sustainable climate and energy which the city recently put up for public view. The concept of the thermal rehabilitation of these buildings is part of a wider idea of sustainable development and fight against climate change. This project would substantially reduce the consumption of energy in line with the principles of energy efficiency.