Serbia Seventh in IT Sector Among CEE Countries 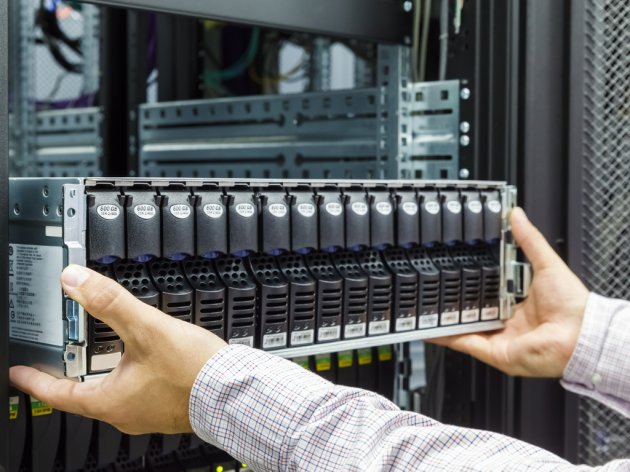 Illustration (Photo: Mikhail Starodubov/shutterstock)
In the sector of information technologies, Poland is the most competitive of the 23 countries of Central and Eastern Europe (CEE), and Serbia, despite being at the very top when it comes to talented experts, is not among the first five countries in the region, as shown by a survey of the future of the IT sector in the Emerging Europe.

The survey carried out by the London-based information portal Emerging Europe has shown that, among the 23 CEE countries, Serbia and Hungary are above Poland when it comes to talents, and that Estonia, Lithuania, the Czech Republic, Slovenia and Latvia have a better business environment for the IT sector.

However, taking into consideration all the criteria, Poland’s overall rating is 61.40, followed by Estonia in the second place, with a rating of 58.13. The top five also features the Czech Republic, Hungary and Romania.

With an overall rating of 46.46, Serbia placed seventh, below Slovenia and above Latvia, the EurActive Serbia portal reports.

The authors of the survey, which claim that this is the first independent survey of its kind in this part of Europe, applied the same methodology in all countries in order to analyze how much each of them contributes to the IT sector of the region individually. The analysis was also done to the end of being a guideline to the business community and investors, showing which country meets their needs the best.

Basic indicators, such as the labor market, access to talented workforce, IT sector policy, legal framework, connectivity and infrastructure, were used as the criteria in the survey.

The study also examined the key verticals, that is, in which industries the region is especially attractive, as well as the IT solutions and technologies that make it stand out, and this macro-analysis was then applied to each individual country.

The influence of the sum of all the criteria is best shown on the example of Ukraine, which, although it has a large IT sector and one of the highest grades when it comes to the “talents” criterion, only placed 11th, because it lags in developing the sector and because it has a bad business environment.

Serbia’s best grade is earned for the “talents” criterion, and, along with Hungary, it is a leader in the region.

It fared worse when it comes to the IT sector itself, however, with a rating of 6.64, earning it the 14th spot among the 23 countries, between Croatia and Montenegro.

Serbia got an even lower grade of 6.22 for the business environment criterion, placing 17th, right behind North Macedonia and Montenegro.

In its individual country profile, Serbia is said to be a country that has made great progress in developing the IT industry and that it has positioned itself as a leader in the Western Balkans in that field. It is added that it might become an IT force on a wider scope. Like many countries in the region, it has rich experience in technology, it is added.

The survey estimates that around 2,500 ICT companies operate in Serbia.

– When it comes to the number of ICT students per 100,000 residents in the Emerging Europe region, Serbia is second, whereas, observed by the number of ICT graduates per 100,000 residents, it is fifth. The high level of knowledge of English earns it the fourth spot among the countries of the region, whereas, globally, it placed 15th, three spots up compared to 2018. Still, there’s room for progress when it comes to added value from ICT per capita – the report says.

Of the countries in the narrow region, Croatia placed ninth with an overall grade of 45.77, Albania is 17th, and Montenegro placed 19th.

At the bottom of the list, as the least competitive countries in the IT sector, are Bosnia and Herzegovina, North Macedonia, and, at the very bottom, Moldova.
Tags:
Emerging Europe
future of IT sector in Central and Eastern Europe
rating of IT sector in European states
Share:

Log in to view complete information:
Forgot your password? Click here HERE
For free test use, click HERE
Latest
Most read
MK Group Purchases Shares of Stratex in Budvanska Rivijera and Increases Ownership by Nearly One Third 14.05.2021.
Certain Parking Spaces in Belgrade Cost as Much as a Studio Apartment – Even More Expensive on Kopaonik 14.05.2021.
Draft Amendments to Law on Excise Taxes Adopted – Working Group for Development and Establishment of Electronic System eAgrar to be Formed 14.05.2021.
Norwegian NBT Interested in Investing in RES in Serbia 13.05.2021.
Kragujevac First in Serbia to Shut Down Coal-based Furnaces and Switch to Gas – Tender for Consultants and Contractors Worth EUR 18 Million in Late May 13.05.2021.
Calls from Greece Equal to Domestic Calls – Agreement with Greece on Abolishing Roaming Next Week 13.05.2021.
Norwegian NBT Interested in Investing in RES in Serbia 13.05.2021.
KLM Flying Between Belgrade and Amsterdam After 30 Years 13.05.2021.
Weather
Weather forecast