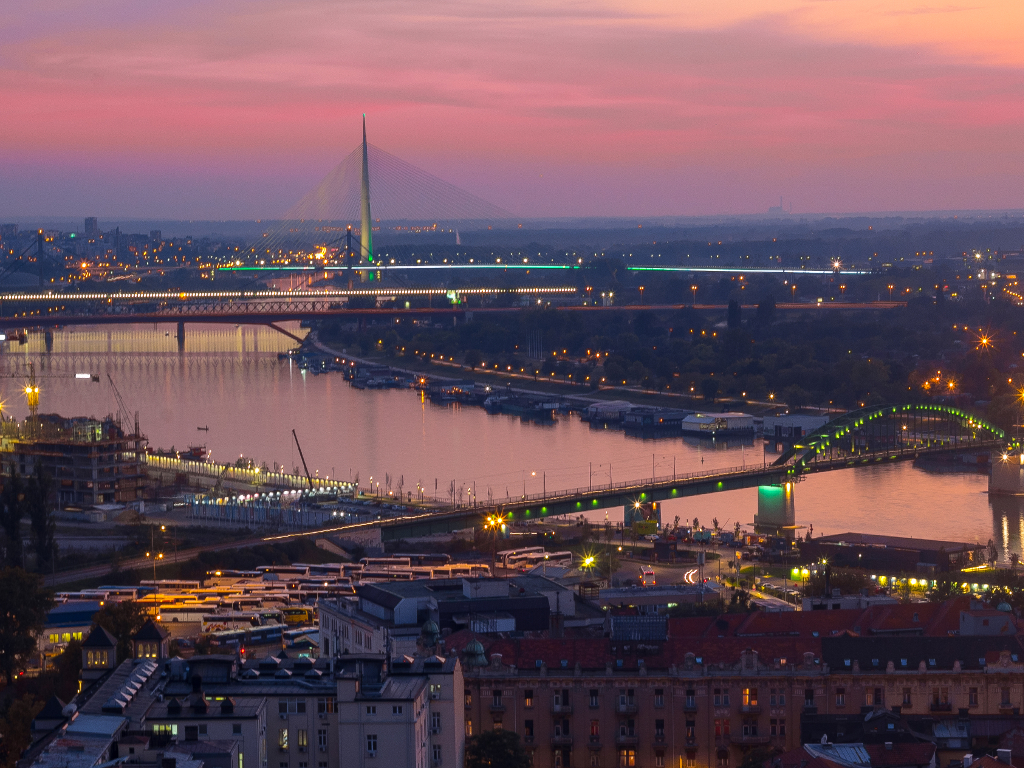 Illustration (Photo: shutterstock/TinnitusDoll1)
Action plans for a green city (GCAP) and sustainable energy and climate (SECAP) have been presented in Belgrade. Mayor Zoran Radojicic pointed out that those strategic documents were the foundation of the future development of Belgrade, primarily in the sense of ecology and environmental development.

He emphasized that both documents featured concrete projects that should be realized in the upcoming period. This is an investment of EUR 5.2 billion for a period of 10 years, with the aim of investing a half of that amount in the next five years.

– The focus of these strategic documents is on putting priority on the transport system in Belgrade, but also on traffic routes which will help move the traffic to the outskirts of the city. The plan envisages for around EUR 770 million to be invested in waste water treatment, EUR 300 million in energy efficiency, EUR 100 million in boosting the greenery and raising the percentage of forest areas to 20%, EUR 40 million in the position of the linear park and the development of green areas which will enable a healthier life in the nature in a modern way. Another important part of the project are the four centers for collection and recycling of waste, as well as two centers for waste collection, worth a total of EUR 20 million – the mayor said.

– In terms of infrastructure, there’s plenty of construction activity in Belgrade, but the environmental aspect is as important as the entire infrastructural development of Belgrade. From the industrial revolution to the present day, the question of energy is one of the key questions when it comes to the development of the economy. In the past decades, in addition to the aspect of consumption and production and energy, the question of ecology and the environment has become an integral part of that topic. By signing the Global Covenant of Mayors for Climate & Energy, we obliged to reduce the emission of carbon-dioxide by 40% by 2030, and by 2050, the entire European Union has the goal of reducing the emission to zero. I thank the people from the City, all the secretariats and those who were involved in the preparation of these two plans, considering that it has turned out that there’s plenty of energy, knowledge and interest from people who are taking care of the city – Radojcic said.

He invited citizens to send their ideas and suggestion in order to make these plans even better.

– A part of the action document also concerns the production and rational consumption of energy, which is extremely important. On the other hand, it also concerns the whole strategic planning of the development of Belgrade in the field of ecology, entailing various directions and questions. It also deals with the treatment of waste waters and waste in general, development of green areas and all the other aspects that have to do with the quality of life in a city – the mayor of Belgrade said.

He added that the City of Belgrade cooperated well with the European Bank for Reconstruction and Development and that a project of rehabilitation of four buildings had been agreed with them. He added that the technical documentation was being prepared.

– A part of that project is the full reconstruction of the Students’ Polyclinic and the Students’ Infirmary, as well as the construction of an emergency building and the reconstruction of the library building. We will also develop our economy, as that is the basis for the development through “green jobs” and “green economy”. To me, this is one of the most important documents that the City of Belgrade is working on, considering that it aims to position Belgrade on the map of “green cities” in the next ten years. This way, we will improve the quality of life of our fellow citizens and create a good foundation for our children to remain here, living in a healthier environment, in line with all the European standards – Radojcic explained.

Zsuzsanna Hargitai, EBRD Regional Director for the Western Balkans, said that she was very proud of the strategic documents and that the public, the citizens, the associations and the NGOs now needed to take a look at them and give their opinions and suggestions.

– The plans will determine the measures that the city is to invest in the future of the citizens and children, which entail many aspects of the development of Belgrade. The investments are clearly specified by priorities and phases, and the EBRD will be there for the City to finance individual projects. Belgrade is a member of a large family of “green cities”, of which there are more than forty – she said.

The plans will be available for public discussion for three weeks, after which they are to be put before the assembly, and the implementation should follow afterwards, Hargitai added. She thanked the Government of Japan which helped the preparation of the documents financially.

A consultant at the Mott MacDonald company, Dusan Savkovic, held a presentation on the action plans for the green city (GCAP) and sustainable energy and climate (SECAP) and pointed to the importance of these two documents, but also the differences between them.