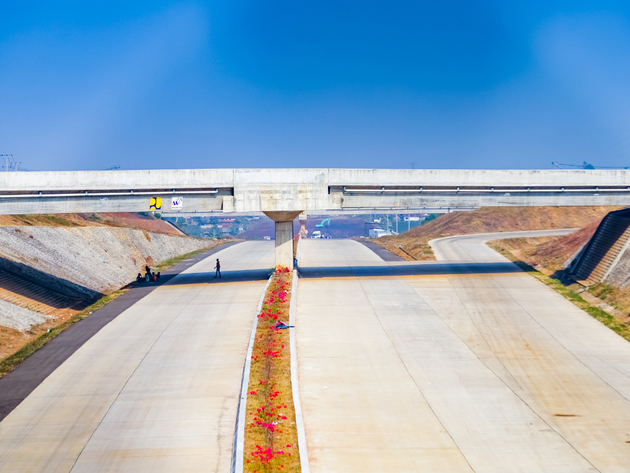 Illustration (Photo: Akhmad Dody Firmansyah1/shutterstock)
The PE Corridors of Serbia has opened the public procurement procedure for the service of technical control of the project documentation for the Fruska Gora Corridor.

The value of the control of the project of the Fruska Gora Corridor has been estimated at RSD 30 million, without the VAT.

Bids may be submitted by March 9.

The technical specifications of the project within the tendering documentation say that the Fruska Gora Corridor will have four lanes with a width of 3.50 m each, a total of 14 de-leveled intersections on all four sections, two tunnels – “Sirine” (a pedestrian-cycling tunnel) and “Iriski Venac”, 42 bridges and 10 overpasses.

The estimated value of the construction of the entire route is RSD 58.9 billion, that is, around EUR 500 million.

It is specified that the investment value of the project has been estimated based on the preliminary project prepared by Institut za puteve a.d. Beograd, on which expert control has been carried out.

They remind that the project of the Fruska Gora Corridor, around 48 kilometers long, is being realized based on the agreement between the Government of Serbia as the financing entity, the Roads of Serbia as the Investor, the Corridors of Serbia as the procuring entity and the company China Road and Bridge Corporation as the contractor, signed on October 6, 2020.

As announced at the time, the construction of the Fruska Gora Corridor might start in the spring.

Recently, the Provincial Secretariat for Urban Planning and Environmental Protection approved the Environmental Impact Study of the project of the construction of the first section of the Fruska Gora Corridor, and the PE Corridors of Serbia has also filed the request for determining the content and the scope of the environmental impact study for the second section.