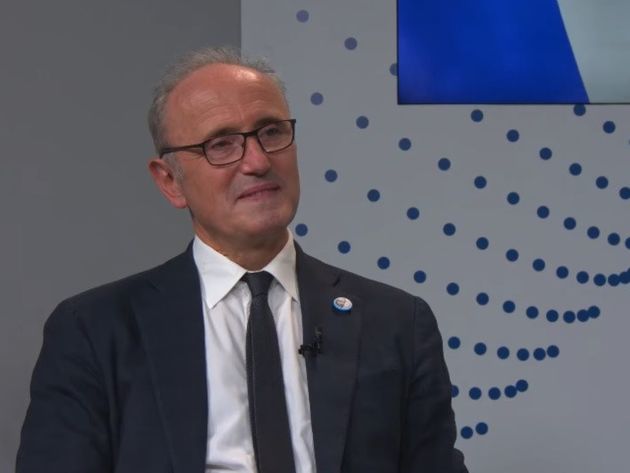 (Photo: YouTube/Screenshot)
The project of the construction of the Belgrade Subway, in which French authorities and companies have been involved for over 10 years, is becoming a reality and the driving engine of the economic and trade relations between France and Serbia, French Ambassador to Belgrade Jean-Louis Falconi says for Tanjug.

The French ambassador, who accompanied the Serbian delegation of ministers in Paris and Lyon at the meetings about the construction of the subway system in Belgrade, says in a written interview for Tanjug that the subway project has been stepped up in the past months.

– The French company EGIS will define its characteristics, and the group of French companies gathered around Alstom will deliver the part related to high technology – the rail cars, the vehicles, the signalization, the safety elements and other features – Falconi said.

He points out that the subway system will improve the lives of millions of citizens of Belgrade, contribute to the reduction of the pollution and traffic jams, create jobs and improve the urban planning in the city, as well as make Belgrade more attractive within the region. He also says that other projects are also being planned.

In Serbia, there are currently over 120 French companies, which employ around 12,000 people, which is good, but can always improve, Falconi notes. A delegation of the Movement of the Enterprises of France (MEDEF) will visit Serbia in March, which, he adds, will enable an increase in the participation of French companies in Serbia.

When asked what we can expect when it comes to new French investments, Falconi says:

– The governments are helping, but the talent and the skills belong primarily to the companies and I wouldn’t like to make promises in their name or assign to myself their accomplishments. In addition to the projects which are currently being realized, such as the solid waste treatment facility (done by Suez-Itochu in Vinca) or the modernization of the Belgrade Airport (VINCI), France is recognized for its expertise in transport, waste and water treatment, renewable energy, all of which are the priorities highlighted by the new government of Prime Minister Ana Brnabic last October.

Falconi points out that new projects in these areas now need to be promoted, so as to support Serbia’s green agenda and the ongoing environmental reforms.

The ambassador adds that visits are being realized to the end of getting to know the situation, such as the visit by a delegation of RATP, the operator of the entire public transport system in Paris, which entails subway, tram, city rail, bus and other forms of transport, which visited Belgrade this week in order to look into the possibility of cooperation with the City Assembly of Belgrade when it comes to the exploitation of the public transport system.

This is a recent initiative, which will open new chapters, the ambassador hopes. It is only one of the numerous examples, he adds.

He also says that the Development Agency of France, which opened its regional office in Belgrade in September 2019, is very active in Serbia.

The agency offers financial exemptions which are project-based or take the form of public policy loans, in order to support the reforms related to the environment and the infrastructural projects in Serbia compatible with the Paris Agreement pertaining to addressing the problem of climate change.

The ambassador says that the agency should approve EUR 150-200 million for 2021 alone in a synergy with other international creditors, which are also to set aside certain funds.

Regarding the announced visit of French President Emmanuel Macron this autumn and whether the signing of any important agreements may be expected, Falconi says that the visit, if confirmed, would enable for the obligations taken two years ago to be followed at the highest level and for the bilateral relations of the two countries to strengthen, especially when it comes to the economy.

Such meetings are always stimulating when it comes to new projects, Falconi adds.

During the last visit of president Macron to Serbia in 2019, a total of 22 agreements on cooperation between the two countries in various fields were signed, and Falconi says that it was the first visit on that level after 18 years, which partially explains the high number of the agreements signed and the obligations that, in a way, serve as a road map.

Those agreements are now producing results, Falconi points out.

The memorandum of understanding on the Belgrade Subway project has since then led to a very important and concrete progress, as shown by the latest events, he says.

– The agreements on the French School in Belgrade and the movie coproduction have come into effect. Many seeds were sown on that occasion in the fields of economic cooperation, especially in energy and environmental protection, defense and security – Falconi concluded.

Let us remind that Serbian President Aleksandar Vucic announced during his visit to France that both lines of the Belgrade Subway system were to be built simultaneously and that the first one (Makis-Mirijevo) might be over before the end of 2027 or in early 2028, whereas the second one (Mirijevo-Zemun) was to be done by 2030.
Companies:
Ambasada Republike Francuske Beograd
Predstavništvo Alstom Holdings Beograd
Suez Vinča Operator
Tags:
EGIS France
VINCI
Suez
Development Agency of France
Alstom
Jean Louis Falconi
Belgrade Subway
French investments
RATP delegation
Emmanuel Macron
solid waste treatment facility
green agenda of Serbia
Share: