VUCIC: We can produce 20 million doses of the vaccine, agreements on over 10 million signed 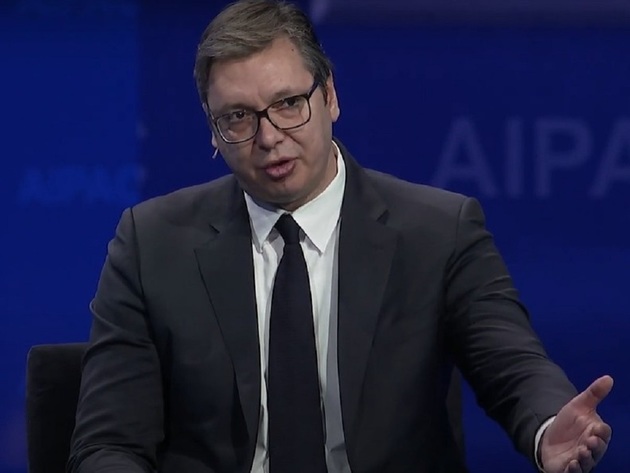 (Photo: YouTube/screenshot)
Serbian President Aleksandar Vucic has stated that Serbia has signed agreements on more than 10 million doses of the vaccine and that it has so far received around two million.

He said on TV Pink that 41,000 doses of the Pfizer vaccine were on their way, as well as of the AstraZeneca vaccine, and then also 50,000 of the second dose of the Russian vaccine Sputnik V. He added, however, that Serbia was yet to get vaccines from the COVAX program.

– With all the gratitude due to our Chinese friend, British friends, friends from the UAE and Russian friends, we have made this possible – Vucic said.

He said that Serbia had vaccines and that it would have more. As for the production of Sputnik V in Serbia, he said that the Russian experts were satisfied with the Torlak Institute and that Serbia wanted to produce some other vaccines as well and that it needed to prepare for it in terms of infrastructure and strategy.

– Our estimate is that we are able to produce 20 million doses. We need five to six million, and the rest can be sold in the region – Vucic said regarding the production of Sputnik V vaccines.

When asked about the vaccines that Serbia have to North Macedonia, Vucic said that numerous permits were necessary, not just for Pfizer, but for any other vaccine as well.

He said that a part of the populace of Republika Srpska would be able to get vaccinated in Serbia and that it remained to be seen whether Serbia could provide them with a quantity of vaccines. He added that the possibility of helping Montenegro the same way was being considered.
Companies:
Institut Torlak
Tags:
Pfizer
AstraZeneka
Sputnik V
vaccine production
COVAX program vaccines
vaccine
vaccines
Share: