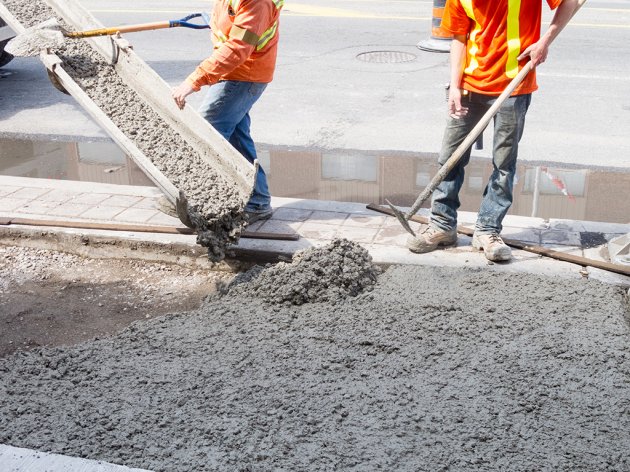 Illustration (Photo: Alison Hancock/shutterstock.com)
The construction industry is one of the big polluters on the planet, and the construction of concrete structures largely contributes to it. Concrete is the construction material that is most often used in construction, and its composition includes cement, which emits harmful gasses and is the main source of the increase of carbon-dioxide in the atmosphere.

The statistics say that 8% of the total emission of the carbon-dioxide in the world is traced back to the production of concrete. Accordingly, there’s research to address this problem and solutions come from different sides in the form of more advanced forms of concrete which are more ecologically acceptable.

Changing the concrete mixture to the end of reducing the quantity of replacing the binder that emits CO2 are some of the methods used to achieve this, which can contribute to producing a more environmentally friendly concrete. Also, the used or installed concrete naturally absorbs CO2 from the atmosphere during its life cycle. It is therefore not enough just to reduce or eliminate the emissions which are a consequence of the production process, but the overall effect of the concrete throughout its life cycle should be addressed too.

Some studies have found ways to increase the absorption in order to make concrete even “greener”. Engineers from the Purdue University looked into this problem. The team developed a new formula for a cement that can absorb CO2 twice as fast as usual and in the way that the nature does. The author of the study says that the new concrete absorbs carbon-dioxide more quickly and in larger quantities and that, as a team, they are not trying the change the way that concrete is used, but to help it be more environmentally friendly through their invention.

The secret ingredient of the concrete mixture is titanium-dioxide. Mixing small quantities of this material with a cement paste decreases the size of the calcium-hydroxide molecules, according to the team’s findings, making the concrete more efficient in absorbing carbon-dioxide. The team tested concrete absorption by putting the samples in a chamber filled with high concentrations of CO2 for 24 hours, after which its change in mass was analyzed over a certain time period. The analysis was done based on 3D x-ray examination of the structure of the pores.

The conclusion was that titanium-dioxide had doubled the speed of concrete’s absorption of CO2. However, adding more titanium-dioxide did not automatically produce better effects. The team discovered that the effect was there up to a certain percentage, before dropping again. This percentage depended on the ratio of water and cement, but also the age of the cement. Research to the end of finding new formulas for cement is to continue, all to the end of making concrete more sustainable and durable.
Tags:
Purdue University
construction of concrete facilities
concrete facilities
titanium dioxide
cement paste
calcium hydroxide
absorption of carbon dioxide
Share: