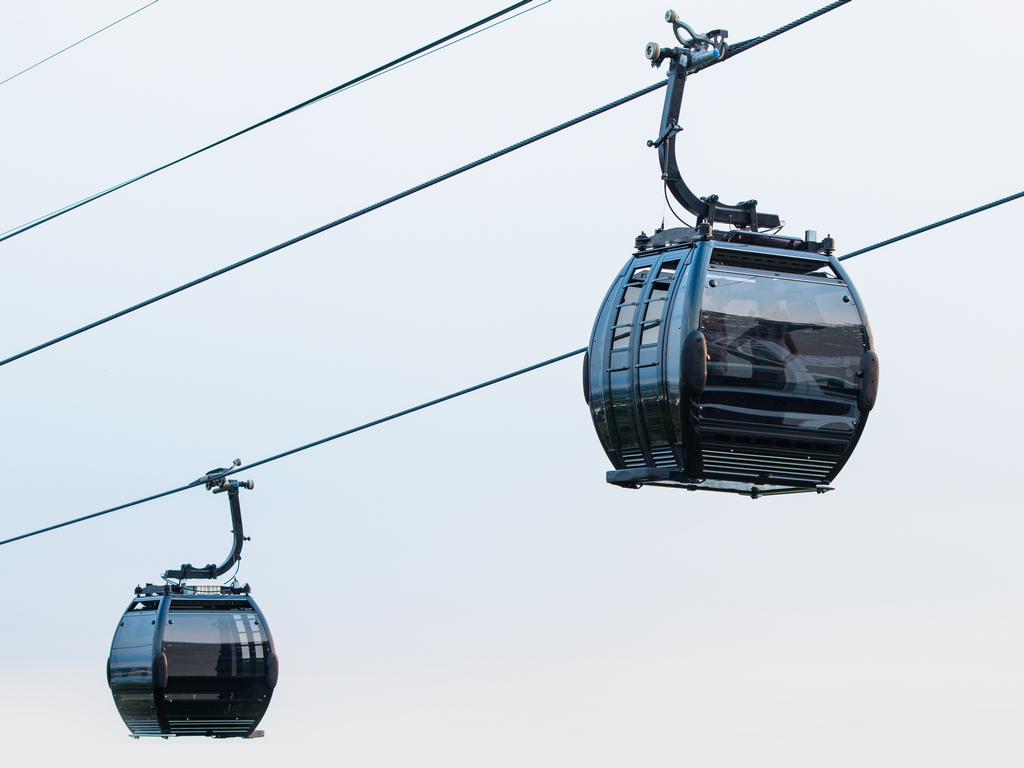 Illustration (Photo: superjoseph/shutterstock)
The Brzece-Mali Karaman gondola on Kopaonik was officially put into operation on February 12.

The new gondola connects Brzece with Mali Karaman at the peak of Kopaonik and is the first completed project within the “Serbia 2025” program, in whose construction the Government of Serbia invested EUR 27 million.

Serbian Prime Minister Ana Brnabic, who attended the opening, estimated that the commissioning of the gondola would mean a lot to the citizens of the area, considering that they were getting a whole new perspective of development.

The gondola on Kopaonik is the second gondola to open in the past month or two, following the Gold Gondola on Zlatibor, the prime minister noted and pointed out that the total investment in those two projects is EUR 40 million.

She said that, despite the pandemic, investments in the tourism infrastructure of Serbia would continue and noted that the planned projects included, among other things, a “revival” of Golija and Stara Planina, where hotel capacities existed, but the infrastructure was insufficient.

The prime minister said that another project was the development of the Ovcar-Kablar Gorge, which began parallel with the construction of the highway to Pozega.

– Serbia is emerging as a tourist destination and it is good that, parallel with the fight against coronavirus, we are also investing. When the pandemic is over, we will have additional features to offer to local and foreign tourists and we will have a competitive advantage there – the prime minister emphasized.

She expressed hope that it would be possible as soon as 2021 and that it was certain to be done by 2022. Brnabic also pointed out that the project of the gondola had been completed five months before the deadline.

The prime minister said that, regardless of the gondola, there were already people on Kopaonik and that, according to her, nobody caught coronavirus while skiing, but in cafes, which is why the inspection supervision in hospitality facilities has increased.

The opening ceremony was also attended by Minister of Trade, Tourism and Telecommunications Tatjana Matic and Minister of Economy Andjelka Atanaskovic.

Matic said that, in the time of the pandemic, the gondola, as one of the biggest investments in tourism, brought back optimism and hope that a recovery of tourism was possible and that it would happen soon.

The minister said that, in the biggest crisis, Serbia showed that it had strength and that it was ready to meet the challenges through a successful vaccination against coronavirus, which is a pre-requirement for the survival of the tourism sector.

– This gondola will contribute not just to the development of Kopaonik, but to the whole municipality of Brus, and we also believe that it will contribute to a more intensive tourist activity during the summer, which our most famous mountain center missed – Matic said.

According to her, the gondola will also provide the opportunity to the agriculturists and business people in the area to develop their business and allow the young to see their future here.

The minister announced the continuation of investments in Kopaonik as a travel destination, specifying that the state’s efforts had contributed to the increase of tourism by 33% in the preceding few years, along with the efforts of companies.

Matic pointed out that the year 2020, despite the pandemic, had been great for Kopaonik and that record visitation had been reported. She noted that, in 2020, there had been 105,000 tourists on the mountain, a growth by 23% compared to 2019, as announced on the website of the Government of Serbia.

The gondola, which is 3,741 meters long, takes the passenger from Brzece to the peak of Kopaonik in slightly over 12 minutes. The altitude difference is 843 meters.

The capacity of the gondola, which has 74 cabins with 10 seats each, is 1,600 people per hour, but the design allows for an expansion of the number of the cabins to 111, which makes for an increase in the number of passengers to 2,400 per hour.
Companies:
Ministarstvo trgovine, turizma i telekomunikacija Republike Srbije
Vlada Republike Srbije Beograd
Skijališta Srbije Beograd
Tags:
Government of Serbia
Ana Brnabić
Tatjana Matić
Ski Resorts of Serbia
Brzeće
Mali Karaman
Brzeće Mali Karaman gondola
Kopaonik gondola opens
Kopaonik
gondola on Kopaonik
Gold gondola Zlatibor
Share: