Bagrina, the star of the “Secrets of the Vine” TV show – What is the future of this Serbian variety and its wine, which used to be served at the English court? 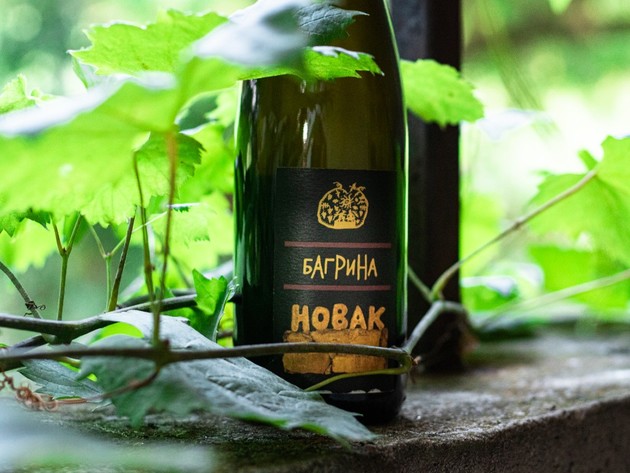 (Photo: Jovan Veličković)
The local TV show “Secrets of the Vine”, which, according to RTS, has drawn a lot of attention from the audience, focuses on Bagrina – an indigenous Serbian grape variety from the eastern part of the country. The name comes from its rich fragrance and sweet taste, which resembles the flower of the black locust tree (“bagrem” in Serbian).

As Dr Ivan Kuljacic, a professor at the Faculty of Agriculture in Novi Sad, told us, this rich vine variety is characterized by two types of leaves, round and jagged. The grape mass varies widely, from several dozen to around 200 grams, which depends on the weather conditions during the blooming period. The grape has a light pink hue.

– If it’s rainy, there will, unfortunately, not be any grapes. The grape juice may contain 18% to 23% sugar, with acids from 5 g/l to 8 g/l. The wine is very smooth, harmonic, refreshing and has a nice yellowish green color and a specific flavor – Kuljanic says.

Neutral to mildly acidic soils are the best for it. All the forms derived from the Guyot vine training system can be used, but also those derived from the Cordon system, such as Royat or Moser.

Our interviewee notes that Bagrina grows on only several hectares and is not too optimistic about its future:

– Unfortunately, it has not future, at least until the cloning selection is carried out, which might lead to the detection and multiplication of hermaphroditic flowers. Its main flaw, then, is the female flower, which leads to irregular harvests. My colleagues’ data show that the yields range from three to 18 t/ha. Most frequently, it’s only several tons, which is why the cultivation is not profitable.

The professor notes that, in the late 1990s and the early 2000s, he was involved in projects attempting to preserve the indigenous varieties in Serbia, but, he says, “you can’t force people to work against their own benefit”.

– The potential of this variety, and not just this one, could have been remarkable if my predecessors had wanted to take care of our indigenous varieties. Unfortunately, they had all but destroyed them instead! To them, only the Western European and the newly created varieties were important. I was laughed at 25 years ago when I started talking about the old varieties. Now, they are saying what I said a long time ago, presenting it as their own opinion – Ivan Kuljanic says.

Two hectares in Rogljevo for now

Winemakers from Zemun have recognized the potential of Bagrina and decided to cultivate it in Rogljevo near Negotin.

– Bagrina is a Serbian variety and cannot be found anywhere else in the world. Our primary goal was to save the variety from extinction, and then we wanted to use Bagrina to produce the kind of wine that was served over 100 years ago in the whole Europe, even at the English court. There is some information that it was even featured on Titanic’s wine card. For now, we are growing it on two hectares – Masa Ostojic of the Novak Winery says for eKapija.

Is it difficult to get wine from Bagrina?

When asked if it is really difficult to produce a good wine from this grape variety, as indicated on the TV show, our interviewee says that each wine is difficult to make:

– The wine production process is very complex, long and challenging. You first need to fall in love with wine as hedonists, and then to invest a lot of knowledge, energy, patience and love in order for the wine to be of high quality. While our vineyards are maturing, we mature along with them, and our end-goal is to have our own wine, which is authentic in every respect. 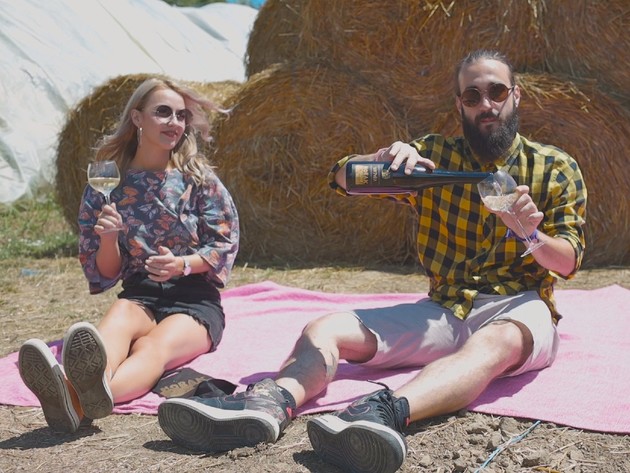 Bagrina wine is the star of the Novak Winery (Photo: Miodrag Jevtić)

She adds that wine is a living thing and that it continuously changes, from the grafting process to taking the last sip from the bottle.

– Constant concentration is required, especially when it comes to unpredictable varieties such as Bagrina. It is very important for a winemaker to know what they want, to have the required knowledge to realize this and to use all the resources and circumstances, good or bad, to make an authentic wine like Bagrina. It is in high demand in the market precisely for its authenticity, quality and the low volume of production. We are extremely proud that Bagrina has gained back its position on the strategic coordinates of the wine map of Serbia, returning among its people in grand style – Ostojic emphasizes.

The winery considers the Bagrina wine their star, and our interviewee adds that, while seemingly simple, it is of complex taste:

– In other words, it is well-proportioned and elegant. Each sip is rich with the fragrance of black locust, authenticity and tradition.