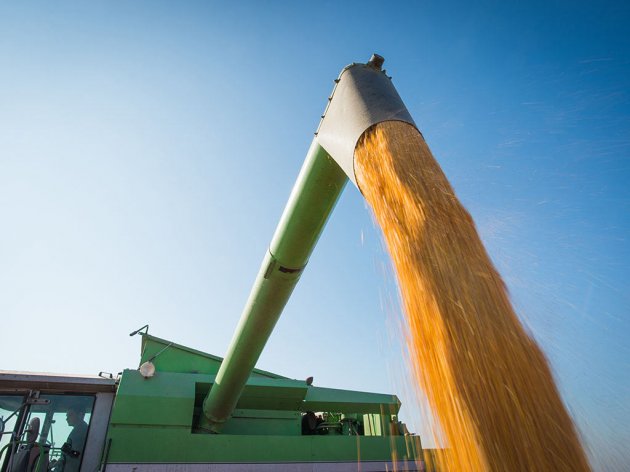 Illustration (Photo: Fotokostic/shutterstock.com)
The protocol on the phytosanitary requirements for the export of Serbian corn and dried sugar beet noodles to China have been signed by Serbian Agriculture Minister Branislav Nedimovic and Chinese Ambassador to Belgrade Chen Bo through a video link, on behalf of the General Customs Administration of China.

Serbia is among the ten biggest exporters of corn in the world and will soon be able to export corn to the market of China, which is the world’s biggest buyers of corn.

The Ministry of Agriculture will control the production process on farms and supervise the companies which export corn to China, and all the storage spaces for the corn meant for the Chinese market will have to be registered.

– This is an ideal time, a month and half or two months before the sowing of corn, to open one such big market, to which large quantities can be exported – Nedimovic said.

These days, which is a lucky circumstance for producers, we have record prices of corn, he said and added that it was very important to open this market and start preparing an agreement on pork meat as well.

The minister expressed hope that Chinese agricultural products would find their place in Serbian market as well and reminded that considerable success had been achieved in the trade between the two countries in a short amount of time.

– I am grateful to Your Excellency for this agreement, because, several years ago, there was almost no agricultural trade. Today, in the first 11 months of 2020, it exceeded USD 50 million. If you agree, I would like to set the mutual goal of it reaching USD 100 million – Nedimovic said.

Vukosav Sakovic, a representative of the Association for Improvement of Production and Export of Grains and Oil Plants “Zita Srbije”, told Beta that the opening of the Chinese market for the export of corn from Serbia would mean a lot to producers, because it would increase its demand.

– That doesn’t mean that the price will increase immediately, but the increased demand should lead to higher prices – Sakovic said.

Representatives of China, he said, inspected the production of corn in Serbia in late 2019, but the pandemic and some administrative problems postponed the signing of the protocol on the phytosanitary requirements.

He added that, in the current economic year, a lower quantity of corn would be exported and said that the export of more substantial amounts to the Chinese market could be expected with the new harvest.

The reason, according to him, is that the trade of corn is agreed much before the harvest.

– The protocol envisages the registration of silos where the corn meant for the export is to be stored – Sakovic said.

The Chinese purchasers of corn reserve the right, he said, to come to Serbia and control which chemical protective products are used and what is used for the feeding of corn. The control, according to Sakovic, pertains to not using the banned protection products, and there’s usually a list defining what they are.

He added that, although the control of the quality of corn should be done before the loading and the unloading, the Chinese also envisaged the quarantine storage of corn upon arrival to the country for the purpose of additional testing.