DJELIC: The state and the city should make an effort to keep the production of Fiat in Kragujevac 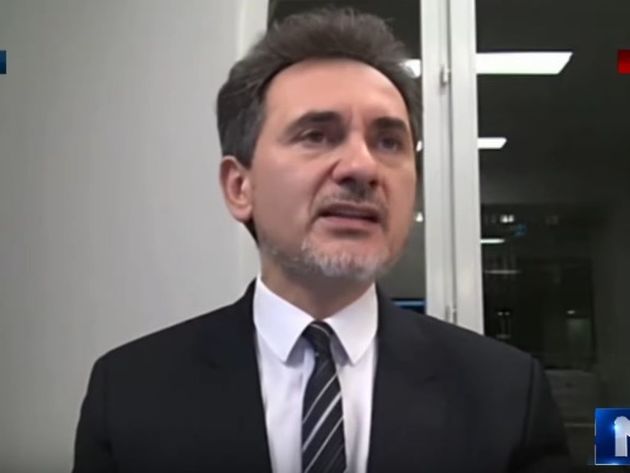 (Photo: Printskrin/Youtube)
The minister of finance in the government led by Zoran Djindjic and an investment banker, Bozidar Djelic, said that the state and the city of Kragujevac should make an effort to preserve the capacities of the car factory in Kragujevac.

– It’s good that the president and the finance minister have visited Paris, but it’s too bad that they haven’t used the opportunity to meet with the chairman of the new company formed through the merger of Peugeot and Fiat, because, those who follow the car industry know very well that the two factories most likely to close after this merger, which was finalized this January, are the only factory in Great Britain and the factory in Kragujevac – Djelic said on the Pressing political show on TV N1.

He said that it was therefore very important for the entire state, together with the city of Kragujevac, to try to save those capacities, considering the large number of jobs and the fact that the Kragujevac plant is a big exporter.

Djelic said that it was very bad that Fiat in Kragujevac, the arrival of which was a result of ten-year long efforts, only operated at a 10% capacity.

He said that, in 2019, only 20,000 vehicles had been produced, “which is meager compared to what the factory is capable of”.

The model was launched many years ago and nothing has been done since to have a new model brought to Kragujevac, Djelic said.

He said that the factory was very important, not just for Kragujevac, but for the entire Sumadija, because a range of companies were formed around Fiat. It is also important for the whole Serbia, as it was the country’s biggest exporter for a long time, he added.
Companies:
FCA Srbija Kragujevac
Tags:
Fiat
Božidar Đelić
car factory
car production
Share:

Log in to view complete information:
Forgot your password? Click here HERE
For free test use, click HERE
Latest
Most read
Shorter Road from Topola to Mladenovac Announced for End-Year 28.09.2021.
Construction of Factory of Sinopharm Vaccines Helps Develop Business Zone Toward Nikola Tesla Airport 28.09.2021.
Neoplanta to Open Factory in Business Zone in Nova Topola Near Gradiska 28.09.2021.
Deloitte Choosing Best Financial Director in Serbia – Contest Open Until November 7, 2021 27.09.2021.
Plan for Dunavgrad – Business Parks, Wholesales, Residential Facilities and Other Features to be Built in Palilula, Between Pancevo Road and Railway, on 293 Hectares 28.09.2021.
New Center for Disposal and Processing of Bulky Waste to be Built in Dobanovci – City of Belgrade no Longer to Put Waste into Vinca Landfill 01.07.2021.
Shorter Road from Topola to Mladenovac Announced for End-Year 28.09.2021.
Construction of Hotel Complex on 1.74 Hectares Planned on the Danube Near Golubac – Municipality to Provide Land to Investor Without Compensation 22.09.2021.
Weather
Weather forecast