2020 RETROSPECTIVE: Investments in TRANSPORT Most Interesting to eKapija Users 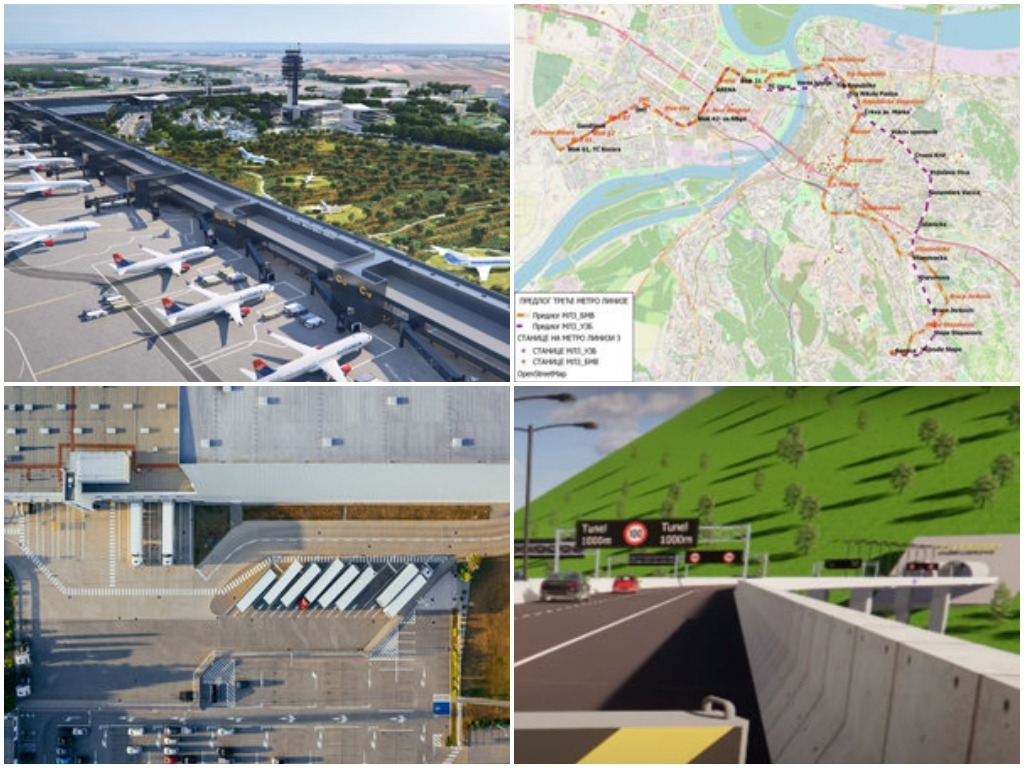 (Photo: Plan generalne regulacije šinskih sistema u Beogradu/YouTube-screenshot/Belgrade Airport/Pixabay-marcinjozwiak)
The questions of when the road connections in the country are to improve, that is, whether we will see the day when we are able to travel at the speed of light, or sound (as long since promised) between the south and the north (since the east and the west are already close) – all this remained current in 2020 too, so much so that it found its place among the things most interesting to eKapija’s readers, whether we’re talking air, road or even underground transport and whether we’re talking the transport of goods, people or bulk cargo.

What interested our readers the most in fact is when they will be able to travel (at human speed) through the dispersed and scattered Belgrade, whose blood flow hasn’t even been quickened by the pandemic. Topics concerning the construction of the subway system, the city rail and tram network, take the topmost spot in our retrospective. Among them is the story of the plan for the development of rail systems in the capital of Serbia, according to which, there will be underground tram sections too. 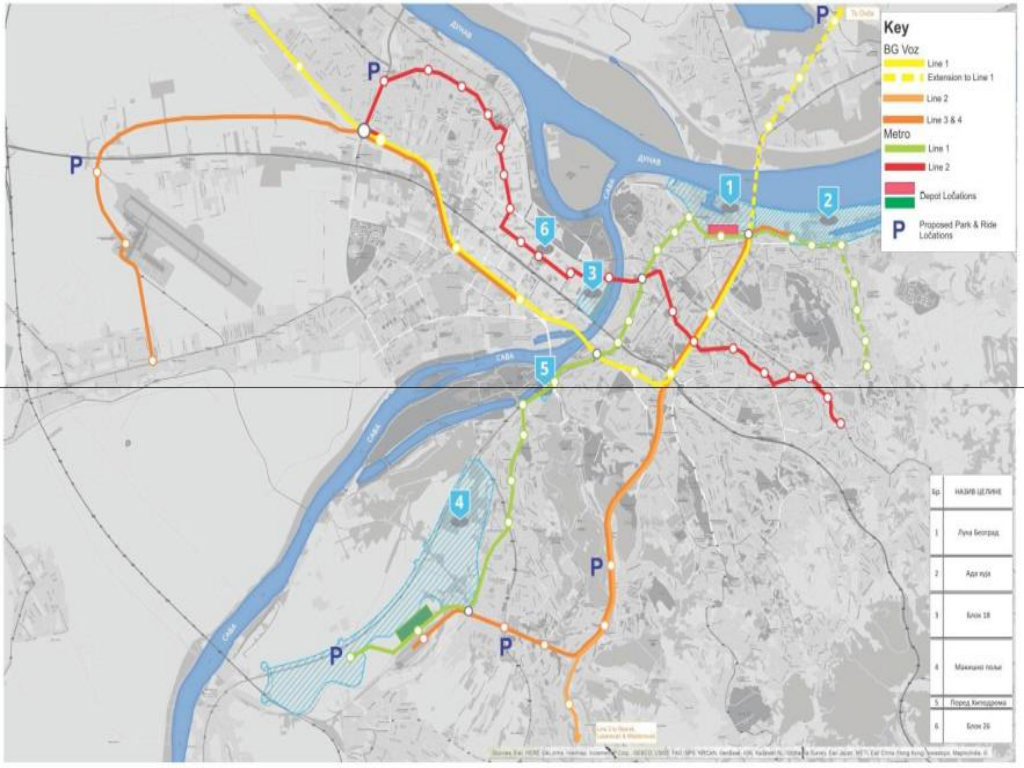 We are closer than ever to getting a subway, the say, and the first phase of the first line will cost EUR 1.8 billion, a sum which makes the realization of this project seem a bit more far-fetched.

Of course, there’s Prokop, a nebulous point of urban planning in Belgrade and Serbian passenger railways. Even now, 43 years after its construction started, we’re hearing about how it is to be completed in three years.

Interestingly enough, this year, intercity railways are not on the Top 10 list, although one of them, currently under construction, should allow the highest speed in Serbia so far, 200 km/h. It seems that people have long since lost the habit of traveling by train.

The second spot belongs to what appears to be the most absurd project: the expansion of the Belgrade Airport in the year of Covid-19. The number of passengers dropped from around 6 million in 2019 to around 2 million, but – and this is why it’s good when it is a private investor, rather than the state, that shoulders the risk – the concessionaires from France hope for a new spring for Europe and the whole world, for which they will need a capacity of around 15 million. 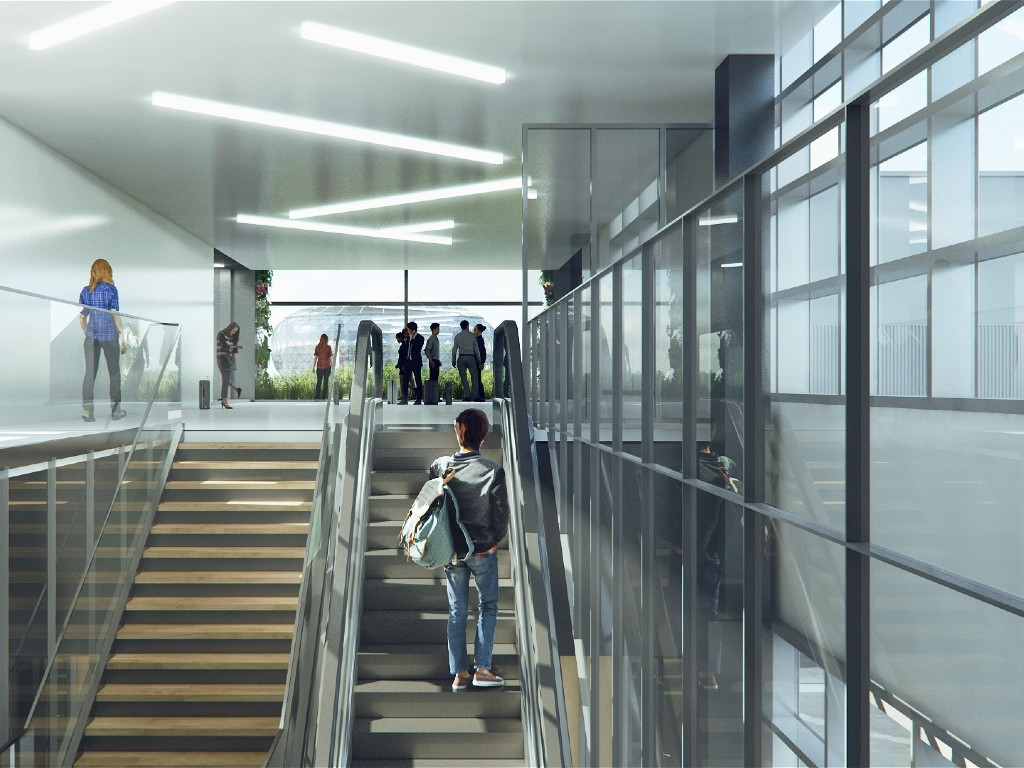 The works in Surcin are truly underway: a parallel runway and an inserted runway are being built – they will not be in use simultaneously – the main terminal, Terminal 2, is be expanded to include new gates, and there will also be commercial space…

The news about truly the most demanding highway section in Serbia so far, the one from Cacak to Pozega, placed third on our list. Many haven’t noticed, but it seems that things are improving in the public administration, because a determination to open the section bypassing Cacak as soon as possible has been expressed, probably so that drivers would not have to deal with the city’s infamous traffic light system.

Right behind is the planned section from Pozega to Duga Poljana and further to Boljare and the Montenegrin border.

The images of the Pester Plateau under snow made us wonder, however, if the highway should maybe not go through a terrain more hospitable than what is popularly known as the Serbian Siberia. There’s a reason why there are not many highways in Siberia. Whatever the case may be, the Chinese are already preparing the documentation, and they are known to build highways across Tibet if need be. 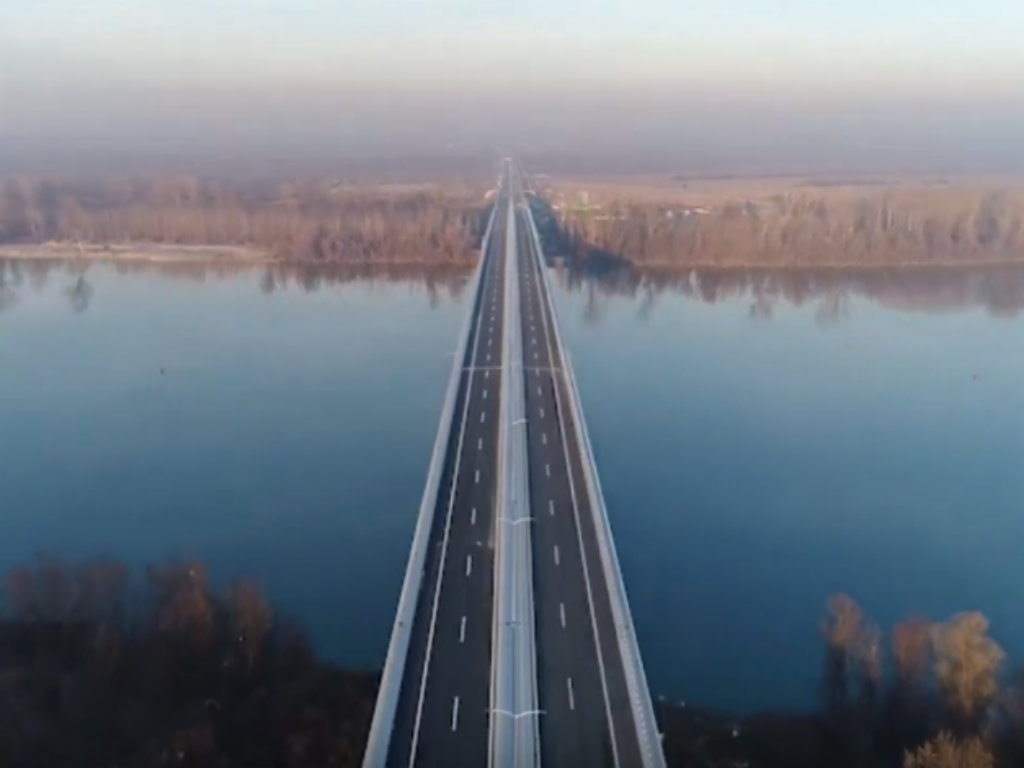 The Belgrade “dry port” placed fifth: the intermodal terminal and logistics center in Batajnica will take up over 82 hectares, and they say that such structures are to help Serbian economy enter big logistics chains. 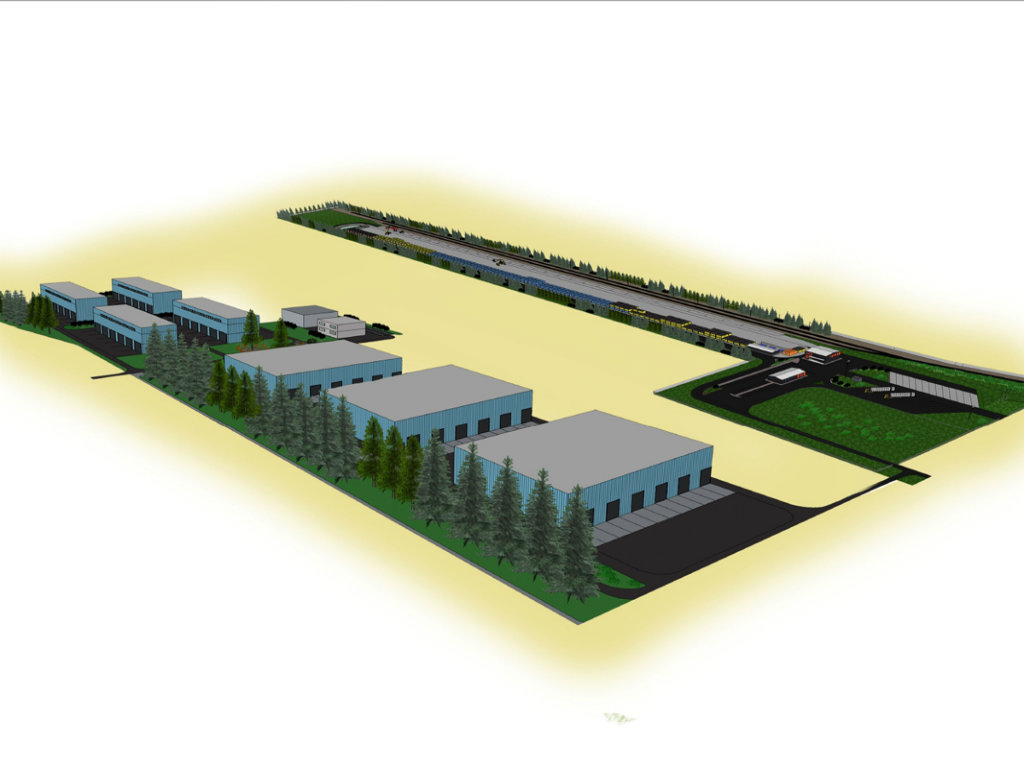 Whatever the construction activities in Serbia are, Valjevo proves to be very resourceful: there will be a highway between Valjevo and Belgrade, and the toll will be collected only between Obrenovac and Lajkovac. How so? It’s because the section from Lajkovac to Valjevo will be a high-speed road, not much different from an actual highway, however. And, in Serbia, as we know, there’s no toll collection on high-speed roads. Actually, for our standards, this road is being built at a pretty high speed. This is the sixth spot on our list.

The seventh one belongs to the future Belgrade-Zrenjanin-Novi Sad highway. The “Vojvodina P” road will be around 110 kilometers long. 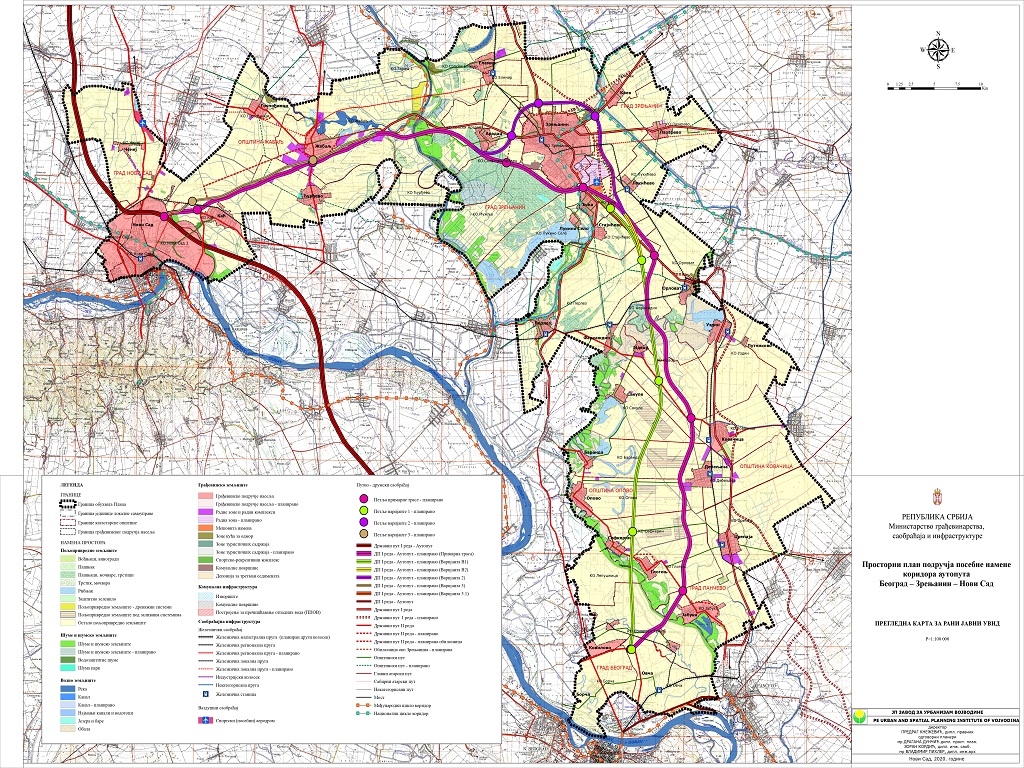 The eighth spot features the high-speed road through Backa and Banat, which will connect Hungary and Romania, Sombor and Kikinda. In four lanes, each one 3.5 meters wide, the official maximum allowed speed will be 100 km/h. Sombor might benefit the same way as Valjevo here, at least when it comes to the route to Novi Sad.

The Fruska Gora Corridor, including a tunnel, which will effectively make Ruma and even Sremska Mitrovica satellite cities of the already bursting-at-the-seams Novi Sad, placed ninth on our list. The corridor is to be built by the Chinese giant CRBC, and the project is worth EUR 606 million. 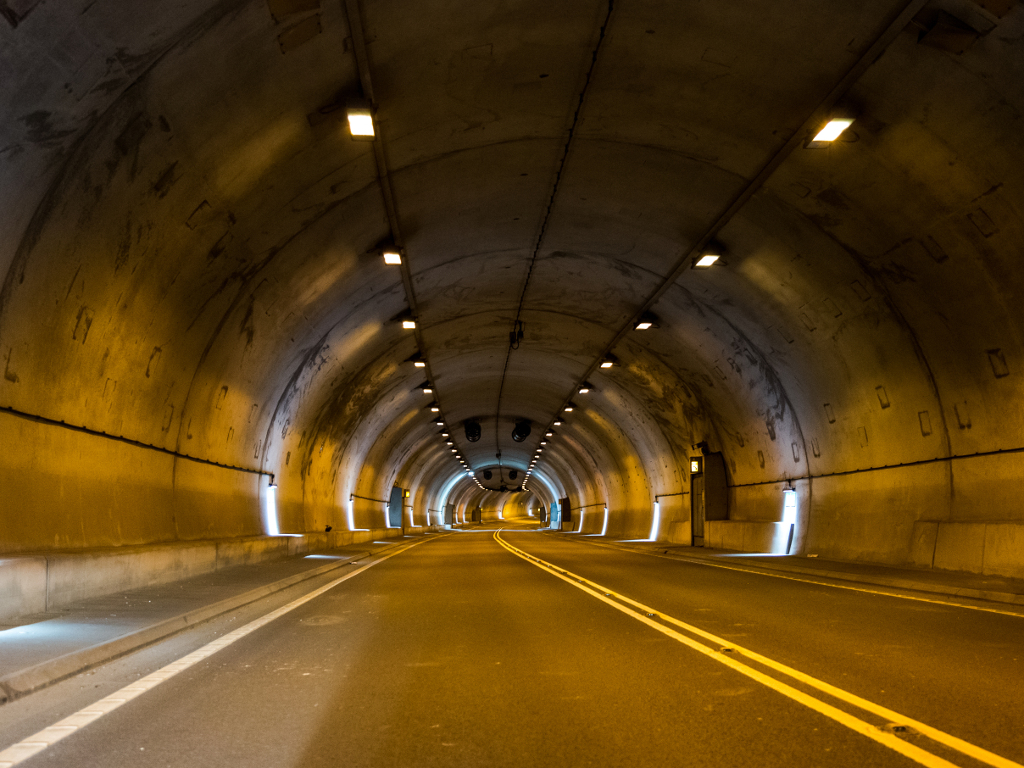 The plan to establish three goods terminals and an international passenger terminal in Sremska Mitrovica concludes our Top 10 list when it comes to transport. Sremska Mitrovica, they say, will become one of the most important port centers of Serbia.

We have presented the ten investments that drew the most attention from our readers when it comes to transport.