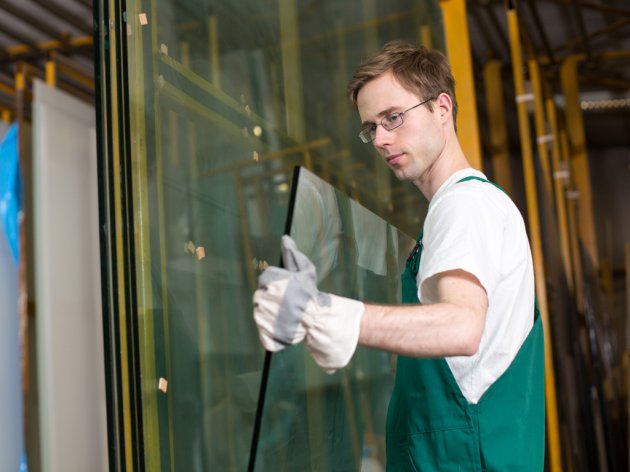 (Photo: Ikonoklast Fotografie/shutterstock.com)
Serbian Minister Ana Brnabic stated on Saturday, January 23, that the state would not give up on trying to find a strategic partner for the glass manufacturer Fabrika Stakla Paracin and pointed out that it was one of the government’s priorities in that municipality.

Brnabic also highlighted the reconstruction of the “Radoje Domanovic” elementary school as one of the priority projects in Paracin and added that the investment was worth RSD 250 million.

– My cabinet, with help and support from the president of Serbia, is actively seeking a solution for Fabrika Stakla Paracin, which we will not give up on, because it is a strategically important investment for the entire Serbia – Brnabic said in Paracin, where she visited the Industrial Zone and said elementary school, together with the minister of construction, transport and infrastructure, Tomislav Momirovic, and the minister of public administration and local self-government, Marija Obradovic.

Brnabic said that the glass factory was in bankruptcy and that, if they managed to revive it, Serbia would be an exporter of glass packaging for the entire region.

– At the moment, we are talking to certain investors. We have invited investors from the whole world to come look at the financial and other reports and the potentials of the glass factory, which we believe are enormous – Brnabic said.

She said that she had talked to the management of the municipality about a full utility equipping and the development of the industrial zone in Paracin.

– We keep trying to attract investors to the municipality of Paracin and we expect around 200 people more to be employed thanks to the incentives we provided earlier to two investors, one of which is Rimaster – the prime minister said.

She emphasized that another priority in Paracin was the reconstruction of the “Radoje Domanovic” elementary school and announced that a tender for the contractor would open in the next two months.

According to her, she also discussed addition project planned within the budget of the Office for Public Investment Management with the authorities in the municipality. These include the General Hospital, the waterworks and the sewer system.
Companies:
Srpska fabrika stakla a.d. Paraćin
RIMASTER d.o.o.
Tags:
Fabrika stakla Paraćin
Rimaster
Radoje Domanović elementary school
Ana Brnabić
Tomislav Momirović
Marija Obradović
strategic partner
Share: