2020 RETROSPECTIVE: Investments in REAL ESTATE Most Interesting to eKapija Users 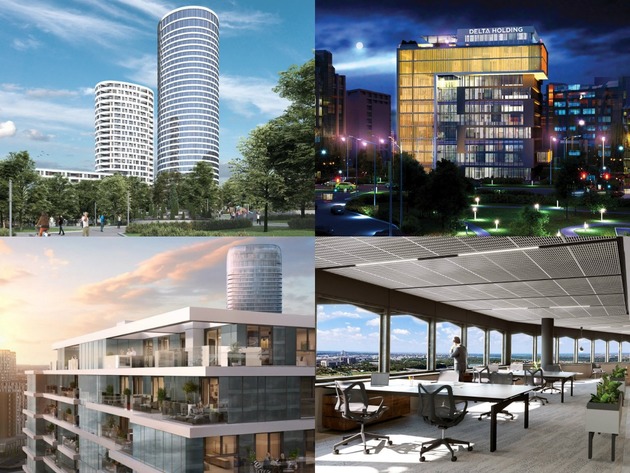 Skyline, Delta House, BW Terraces, Beogradjanka (Photo: Orchid Group, Delta Holding, Belgrade Waterfront, Marera Properties)
Last year’s construction boom in Belgrade was apparent everywhere. In various parts of the city, especially in New Belgrade, streets have been turned into construction sites, which, as times goes by, will change the look of those areas.

We highlight the 10 stories that drew the most attention when it comes to real estate.

Skyline Belgrade is situated in one of the most prominent locations, in Kneza Milosa Street. The complex consists of three towers, a central business tower and two residential towers. In March 2020, we wrote about how fast the construction of this residential-business complex was progressing, and Tower A has already welcomed its first tenants. Last autumn, it was already clear that it would become a new symbol of Belgrade.

The largest indoor private pool in the city was announced as well, and the construction of a new business tower, worth EUR 73 million – Skyline Omnia, which will be 132 meters tall – began in November.

The investor in the project is AFI Europe Srbija, which has been present in the Serbian market since 2005, with projects such as Airport City Belgrade and Central Garden.

The foundation stone for Delta House in New Belgrade was laid down in February 2020. This means an additional 23,000 m2 of A-class office space in this part of the city. The investment is worth EUR 40 million. The building will have 23,000 m2, and of the total of 11 floors, two will be common space, four will be taken up by the business seat of Delta Holding, and five are to be leased.

The construction of the BW Terraces residential building began in March 2020. Belgrade Waterfront and the local construction company Starting announced the beginning of the cooperation at the time. They announced a unique architectural solution, dominated by spacious balconies.

Marera Properties announced in September that it would be the new owner of the Belgrade Palace business tower, better known as Beogradjanka. The acquisition pertained to an office space of close to 20,000 m2.

Since 1974, when it was raised, the Belgrade Palace has not gone through any significant reconstruction project. Marera Properties has obliged to make an additional investment of EUR 8 million and to realize the works on the facility within three years.

Another tower, featuring 35 floors, might be built in New Belgrade, within the Old Airport congress center. The preliminary design was prepared by the architectural studio Velegrad from Belgrade.

The planned gross area of the congress center is around 80,000 m2, and the tower is supposed to have 35 floors and be around 144 meters tall. The preliminary design envisages three underground levels of around 30,000 m2. 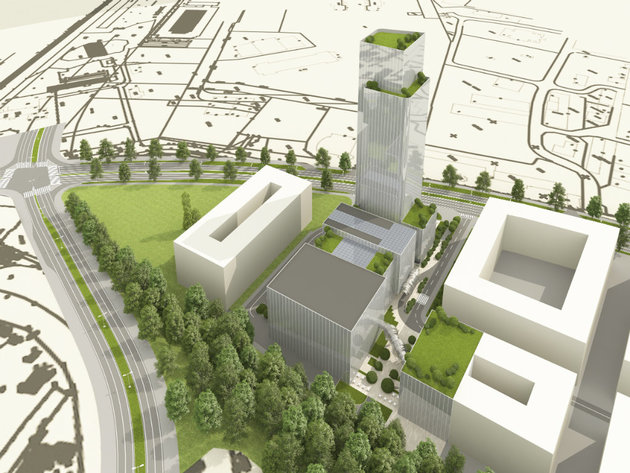 An ambitious construction project was actualized in May near Yu Business Center in New Belgrade. The plan is to build a residential-business complex on 100,000 m2 with two towers of 95 meters each and a view to the Danube.

7. New building for faculties of security studies, biology and geography in New Belgrade

Forty-five years after the founding of the Faculty of Security Studies, a plan was made for the beginning of the construction of a building which will finally house all the students and professors of this education institution in a single place.

– In line with the idea of the Ministry of Education from 2018, we have joined forces with the faculties of geography and biology, which have also been waiting for their own building for decades – the dean, Dr Vladimir Cvetkovic, said in March.

According to the urban project, which was up for public review until October 5, the faculties’ premises, with all the required features, will be distributed across the floors. A common amphitheater, an experimental garden and a shooting range are also planned in Block 67.

A residential-office complex with a hotel might be raised in new Belgrade blocks 64 and 65, near the Airport City complex, as announced in January 2020. 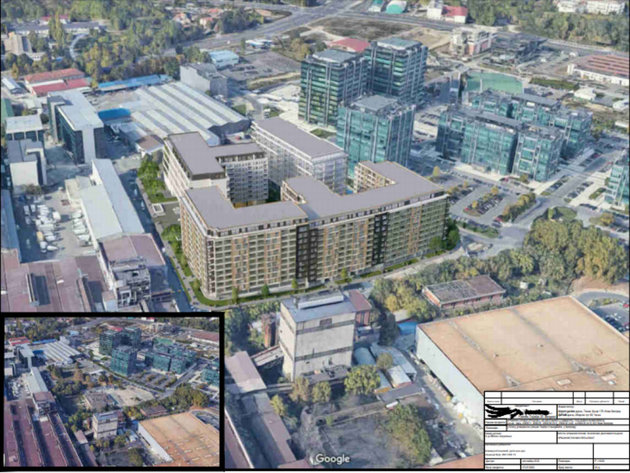 The former industrial zone in the Belgrade municipality of Stari Grad started changing rapidly in the spring, in terms of both the appearance and the purpose, and Lafarge BFC is taking part in the realization of the New Dorcol project, along with Deka Inzenjering and ESB Beton.

New Dorcol is a unique blend of the past and the present, preserving the original segments of the Platnara facility and incorporating historical elements into a modern architectural expression.

In early 2020, we wrote about how a new Kumodraz settlement was waiting for investors. A new Kumodraz might be raised above Kumodraz 2. This new settlement is supposed to be raised on an area of 110,18 hectares with a planned 12,952 residents, 4,317 apartments, 4 kindergartens, two elementary schools and one high school, a health center, a cultural center and sports center.

We have presented the ten investments that drew the most attention from our readers when it comes to real estate. Make sure to take a look at the full list HERE.