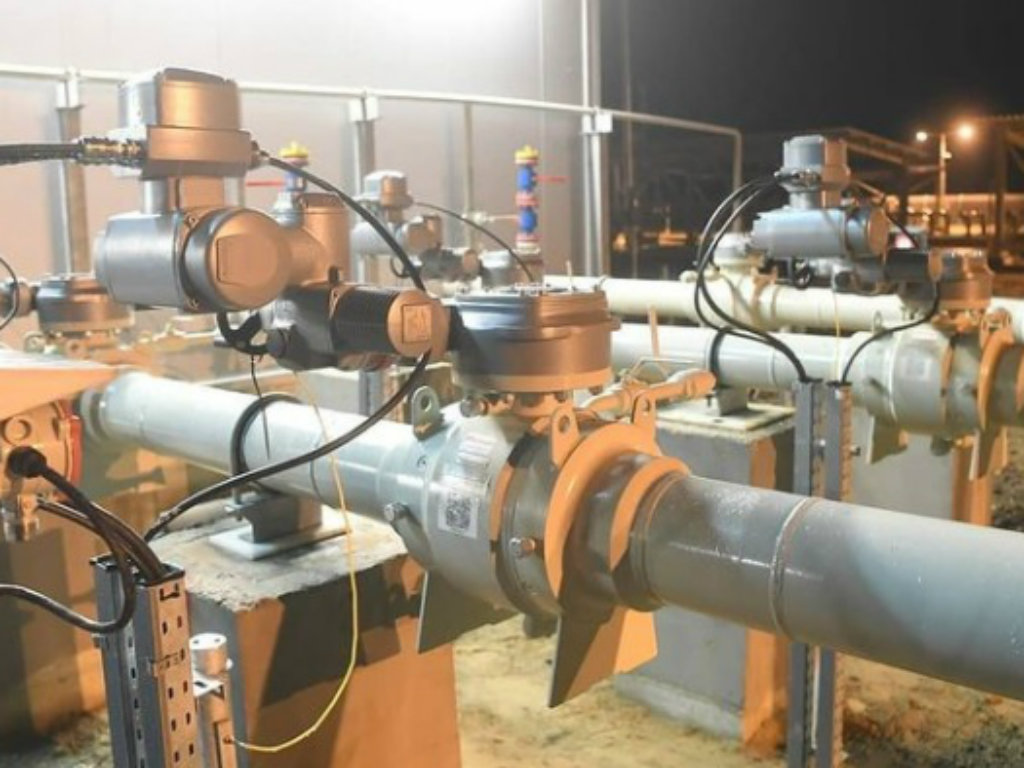 (Photo: Print screen / Instagram / buducnostsrbijeav)
The new gas pipeline in Serbia, Balkan Stream, which stretches from the Bulgarian to the Hungarian border, was opened on January 1, 2021, by Serbian President Aleksandar Vucic, sometime after 6 am, in Gospodjinci near Zabalj.

The director of Srbijagas, Dusan Bajatovic, introduced Vucic to the characteristics of the gas and said that up to six million cubic meters of gas would flow into Serbia through the new gas pipeline that day:

– We will start supplying Serbia from here, we will supply the country from three points, namely, Paracin, Pancevo and Gospodjinci. The costs of the system will be lower and we will be able to supply Serbia better from those three points, there’s no doubt that the capacities will be used 100%.

Bajatovic pointed out that the most modern devices, materials and equipment had been installed in the gas pipeline.

The length of the main gas pipeline in Serbia is 403 kilometers. In enters Serbia in Zajecar and exits it from Zajecar to Horgos. The first section goes from the Bulgarian border to Cuprija, the second from Cuprija to the Danube, the third from the Danube to Zrenjanin and the fourth from Gospodjinci to Subotica.

Bajatovic said that the project of the gas interconnection Nis-Dimitrovgrad-Sofia and the plan of the construction of the Belgrade-Banjaluka gas pipeline would also be worked on.

Aleksandar Vucic pointed out that the gas through that gas pipeline was procured at the price of USD 155, with much lower transport costs than through the other gas pipeline that the country had been supplied through up till then.