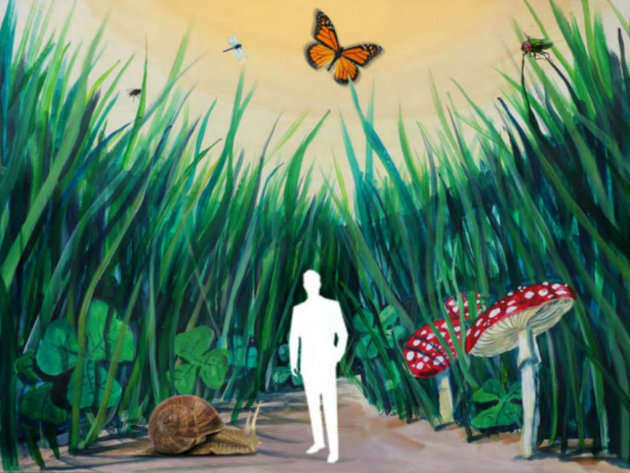 Insects (Photo: Print screen / Prezentacija)
That large shopping malls are increasingly viewed through the prism of entertainment and the provision of a different experience, and not just shopping, is confirmed by the project that will soon be presented to the visitors of the shopping center Galerija (TC Galerija) within the Belgrade Waterfront.

The Belgrade-based company BJN, one of the leading investment companies in the region of Southeast Europe, with expertise in retail, real estate and production sector, in cooperation with local companies Skills Division and Logica, has come up with the idea of a museum under the working title “Animals’ Point of View”.

Although the name is still not definitive, as the director of BJN, Bojan Mitic, says, the goal is clear – to change the point of view from that of people to that of animals, that is, to provide the visitors with the experience of seeing the world from the animals’ point of view.

The process of designing of this project is already three years long, and science is involved as well, which will enable visitors to learn a lot through entertainment. This is also supported by the announced cooperation with the National Geographic, but also the well known media personality Jovan Memedovic.

The space will be divided into 25 units, and the exhibit will take the form of a scenography. This is precisely what makes the space at the new shopping mall ideal, eKapija’s interviewee says and adds that it is difficult nowadays to find a space of 2,000 m2 in Belgrade, with a parking lot. He notes that there will be a guaranteed 20 million visitors a year here.

– There was no dilemma about the location, because nothing will be better than the Belgrade Waterfront for either the visitors from Serbia, or the tourists, or the investors – Mitic is convinced. 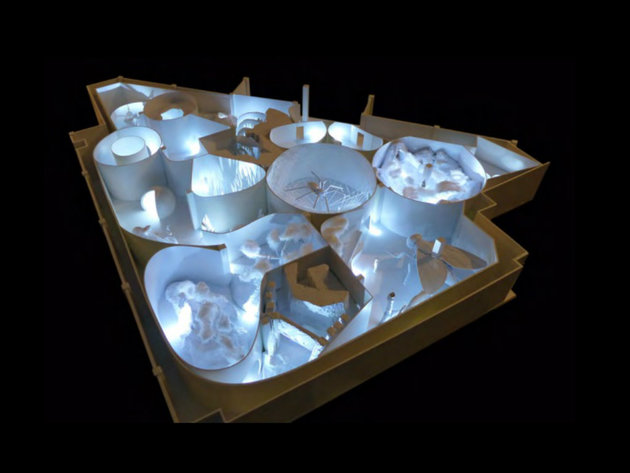 From the Earth’s core to the clouds

The idea is for the visitors of the museum to start their journey from the interior of the Earth’s core, to then learn about animals from the water world, those that live on the land, mammals and, finally, birds.

– The visitors will first meet the bat. The entrance goes through a cave, where it is demonstrated how the bat experiences the world through echo-location. A ball will be installed there as well, inside which is a bat robot, which will show how it moves based on the frequency it experiences in a certain location – Bojan Mitic reveals.

The next location is the mole’s habitat. As our interviewee says, the mole is very organized, its biological clock works with perfect accuracy, and its living environment features the equivalents of a bed, a toilet, similar to how people live.

– The visitors will be able to pass through the mole’s living environment, and this location will also feature games for children, as well as a carrot 10-15 meters tall. At the exit, the visitors are met by a terrier, from the angle of how a mole would see it – Mitic explains.

The sector with fish will show how fish see at various depths. The aim is to achieve the fish-eye effect. This will be located in an indoor section, where the visitors will feel as if they’ve entered the ocean.

– The sharks will be interesting as well. Robots will simulate how different sharks perceive the ocean and the fish. Their vision is blurred, but when they sense a victim, their body temperature rises by 20 degrees and they can sharpen their sight. The robots’ sight will sharpen accordingly. Below is an interactive floor, which simulates the beach and the water – Bojan Mitic says. 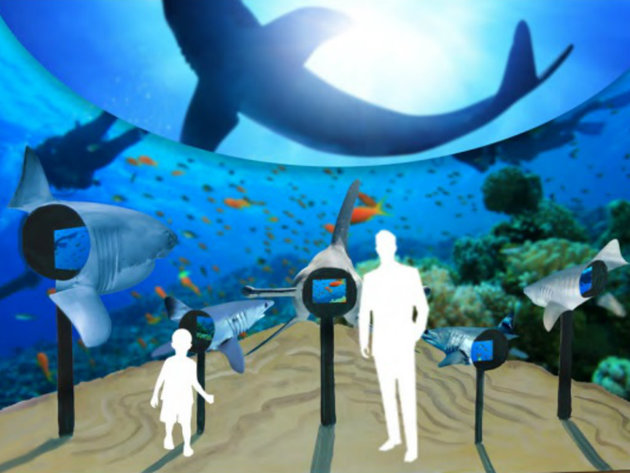 Another attraction are representations of barreleye fish, as well as chimeras, which have not evolved, although they exist from the era of the dinosaurs.

– The star of the museum is the mantis shrimp, which will be set inside a bubble. It is a crustacean with super powers, and it can even detect if a person has cancer. It sees a full range of colors, in all dimensions, below and above the ground. Also, it is the strongest animal, with claw strength equivalent to the 22-caliber bullet – our interviewee emphasizes.

The visitors will be able to see the world from the perspective of insects, bees, but also how the crocodile, thanks to its eye membrane, can see both below and above the water level.

– The octopus is the most intelligent animal in the world. The museum will feature a projection where people will be able to take photos. It has an ability to merge with the environment and hunt the victim that way – Mitic says.

He emphasizes that, in the sector with snakes, who have thermal vision, the visitors will be able to see things that way too. In the mammal section, one scene will be an homage to the film Cat People. The bison will be presented here, an animal which sees in reddish hues.

When it comes to cats, wild and regular cats will be showcased, and the visitors will also be able to move through an Egyptian temple.

They will then be able to see the world in yellowish-blueish hues, just like dogs, but also to experience how the chameleon, an animal capable of reverse-rotating its eyeballs, sees the world, thanks to the virtual reality technology.

Consoles with retro video games, focusing on frogs, will be organized for children.

– The fly is a very interesting animal, because it sees everything in slow motion and has the moment of a psychological second. At the museum, it will be five times larger than the man. There’s also the jumping spider, with a 360-degree sight, with eyes around the head. It dances and baits its victim that way. This section will feature trampolines and good music – Mitic says.

The museum will also feature a rat, which can see two independent images, because its brain hemispheres operate independently.

– Our idea is for it to go through a canal, which simulates exiting the sewer, after which two different images will be seen to the left and to the right – what it looks like when people take care of the environment and what happens when they don’t – our interviewee explains.

According to him, the second most interesting thing at the museum is the model of the Alps at the 1:87 ratio, where people can “become” birds for a while, that is, learn how the birds see things from the cloud. The next attraction is the eagle, where they will be able to fly over the city, because a city projection will be mapped beneath the robot-eagle. 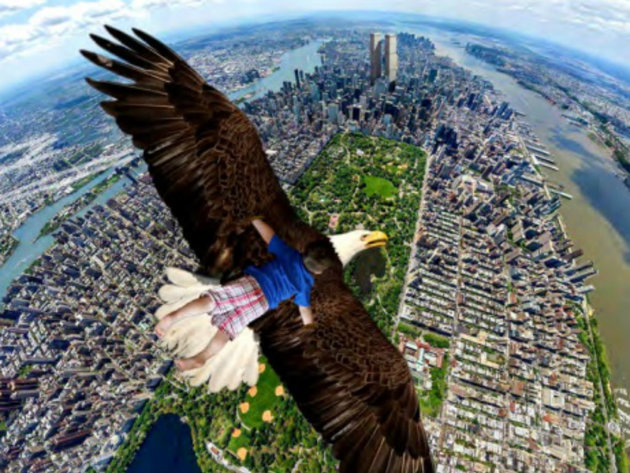 Interest from Dubai to Austria

According to Bojan Mitic, the City of Belgrade, as well as the world’s largest real estate company, Emaar Properties, might get involved in the project as well.

– We are negotiating with their daughter-company Emaar Entertainment, which owns all the family-entertainment centers in Dubai. They are delighted with the idea and they have offered for the project to be made in Dubai, but our goal is to make one in Belgrade first. We are negotiating whether they will be a partner and whether a museum franchise is to be established – Mitic reveals and adds that the goal is for them to find their own finances.

In addition to Dubai, former Austrian Chancellor Alfred Gusenbauer, Chairman of the Board of the largest shopping center chain in Austria and Germany, KaDeWe, is also interested in the project. He has expressed his desire to have such a museum in both these countries as well.