Construction of Japanese Factory Toyo Tires in Indjija Worth EUR 382 Million Begins – Jobs for 560 Workers, Production to Start in 2023 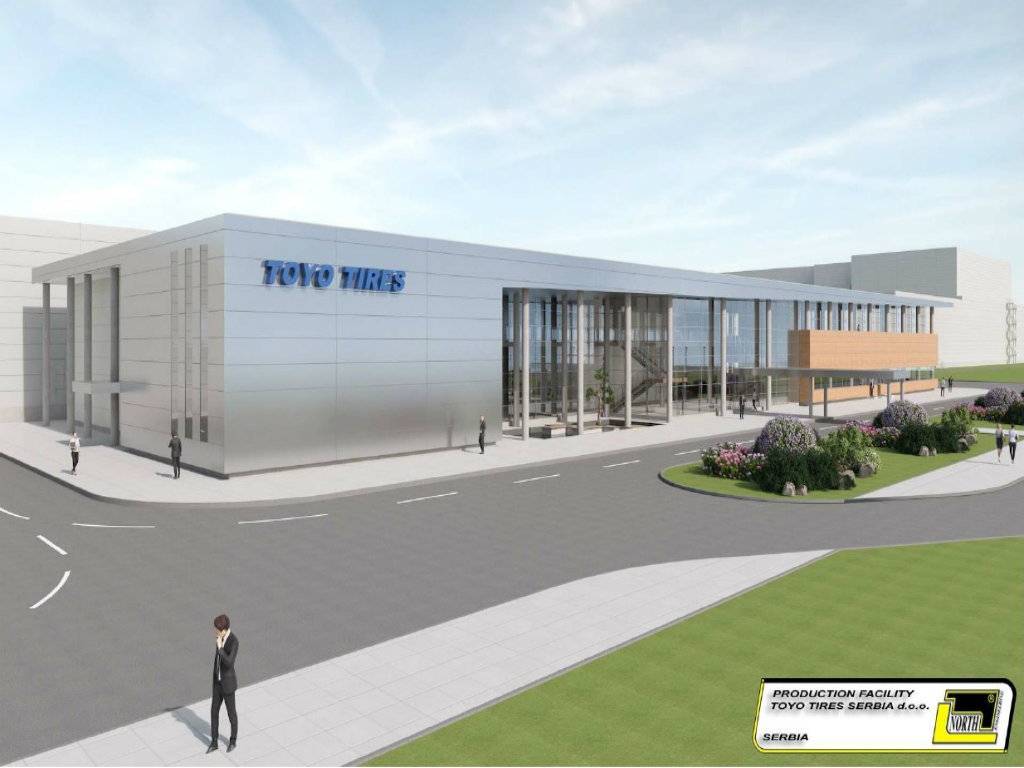 (Photo: North Engineering/Urbanistički projekat, screenshot)
The foundation stone for the construction of the tire factory of the Japanese company Toyo Tires has been laid down in Indjija, and the investment is worth EUR 382 million. The factory will employ around 560 workers and be located on a parcel of nearly 64 hectares, where the necessary infrastructure was provided by the municipality.

As the head of the company, Takashi Shimitsu, said, the plan is for the construction of the factory to be finished by April 2022, when the production should start as well.

– By 2023, more than 560 Serbian workers will be producing five million Toyo tires each year. We are very satisfied that we can create new jobs and improve the economic development of Serbia and Indjija – Shimitsu said.

The president of the Municipality of Indjija, Vladimir Gak, said that “this is a great historical day for Indjija”.

– With this investment by Toyo Tires of EUR 382 million, Indjija is placed on the economic map of Europe and the whole world – Gak said.

Gak earlier said that the main contractor on the construction of the hall, which will take up around 20 hectares, would be the Japanese company Takenaka, but that there would also be room for Serbian construction companies and subcontractors.

The ceremony was attended by Serbian President Aleksandar Vucic, who said that it was the biggest investment in Serbia and that the negotiations had lasted for about three years.

He pointed out that the annual export of Toyo Tires from Serbia would amount to EUR 240 million and that the company would be one of the largest exporters from Serbia.

Let us remind that the Commission for Control of State Aid recently approved EUR 41 million in state aid for Toyo Tires in Indjija.