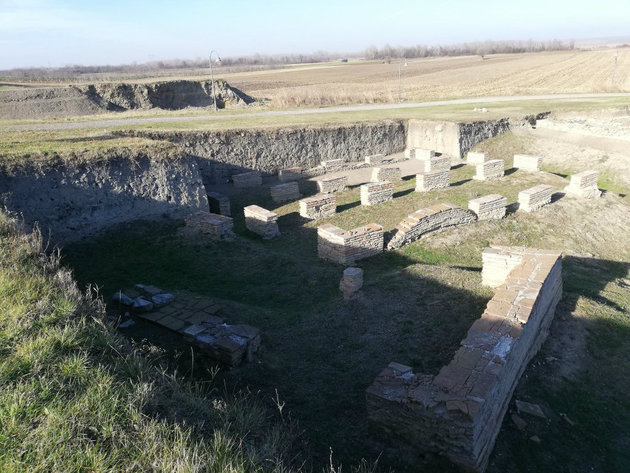 Illustrations (Photo: eKapija / Aleksandra)
Roaring lions appeared a few days ago at the farms of Stari Kostolac. Archaeologists excavated two figures of beasts with their jaws wide open next to the northern gate of the Roman legionnaires’ camp of Viminacium, not far from the freshly discovered military base of the Roman province of Moesia Superior.

Researchers claim that the statues are not artworks, but that they were made with the purpose of being the mystical idols of the legion’s “protective spirit”.

– Those symbols had a magical power for the legionnaires. They truly believed in their supernatural powers and the statues infused them with the sense of being protected and invincible. The legion’s symbols were carried on standards, and the loss of those symbols was considered the ultimate defeat, even more so than human losses. Enemies of Rome noticed this and tried everything to steal and destroy them. After the fall of Rome, they diligently erased the traces of legions’ symbols and that is why discoveries such as these are extremely rare – explains Dr Miomir Korac, the director of the Institute of Archaeology and the head of the Viminacium project.

The lion was a symbol of the Lucky Flavian Fourth Legion, and archaeologists are now searching for a statue of a bull, the symbol of the Claudius’ Seventh Legion. Both units were stationed in the capital of Moesia Superior in the 2nd century, following the great invasion of the tribes from Dacia (now Romania).

– The lion figures we have discovered were, without any doubt, perched up on city and legionnaires’ camp gates, but not as a simple ornament. Certain rituals were very important in Rome, which can also be seen from the way the legionnaires’ camps were built. Contrary to what might be expected, the Romans did not first build the ramparts, but four gates with the legion’s symbols, which were supposed to show who rules all four sides of the world. It was a very important psychological ritual which made the soldiers feel invincible – Dr Korac explains.
Companies:
Arheološki institut Beograd
Tags:
Institute of Archaeology
Miomir Korać
Stari Kostolac
Viminacium
Moesia Superior
roaring lions
lions
Lucky Flavian Fourth Legion
Claudius Seventh Legion
bull statue
bull
Share: