“Green” Interior Design – How to Get Sustainable Solutions? 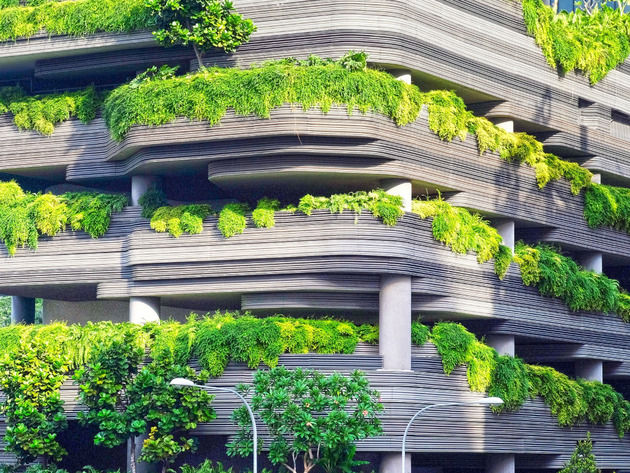 Illustration (Photo: Pixabay/Free-Photos)
In order for construction to be considered green, that is, in order to benefit the user, there are standards, which are not mandatory, but voluntary by definition, so no one can claim that they must be complied with. Luckily, this doesn’t influence the free will of individuals to choose to implement some of them, or institutions to implements them as mandatory, within their authority.

Dragana Korica, Executive Director of the Serbia Green Building Council – SrbGBC, says this at the beginning of her interview for eKapija. She adds that green building promotes those who benefit the users and that’s where the story about building better places for people begins:

– Starting from the fact that we spend 90% of our time indoors, it is clear why the interior, in addition to being well designed, needs to meet the green principles in order to be beneficial to the users. Also, a green sustainable approach can contribute to a healthier living environment. Focusing on the topic of the newsletter, green and sustainable interior, there are four major criteria which need to be met from the aspect of the comfort and health of the users: thermal, visual, acoustic and, perhaps the most important, due to the global health situation we are all facing, air quality. 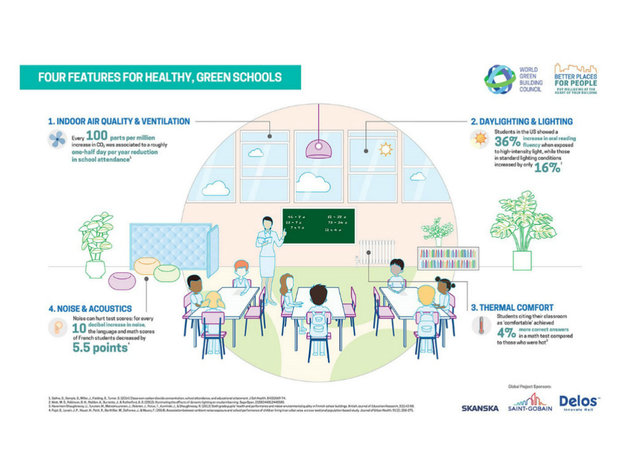 Goran Trenevski of Saint-Gobain, a member of SrbGBC, says that, in the sense of interior design, it seems that there are no defined guidelines or norms. What does exist is the degree of thermal insulation / energy efficiency of a facility and sound protection, where old norms are used.

Danijela Ostojic of Gudmark Group, also a member of SrbGBC, says that, considering that air quality in the interior space has become very important, from the perspective of those from the industry of paints for the finishing works in construction, it entails the use of materials:

– which do not require frequent maintenance cycles;
– which have a low percentage of volatile organic compounds (VOC);
– which do not cause allergic reactions in people prone to allergies or those who have asthma.

Alumil is a company which extrudes aluminum profiles for the production of joinery. They say that they comply with green building standards through the development of thermally insulated systems of minimal dimensions, which at the same time enable the implementation of wider glass packages, which enables greater energy savings.

In what way does modern interior design take care of environmental protection?

– Overheating in the summer has become increasingly intensive in the past years, which creates the need for cooling, that is, a mechanical intervention which can then lead to an increase in the emission of carbon due to the energy consumption. Also, those cooling technologies emit large quantities of HFC, thereby also directly influencing the climate change – Dragana Korica notes.

Marija Andjelic of Knaufinsulation, a member of SrbGBC, believes that it is very important for the materials that are used to have certain certificates which guarantee a minimal emission of volatile organic compounds (VOC), which can endanger the health of the user of the space in larger quantities.

Goran Trenevski says that, when investors to whom the factors of designing in line with the norms that pertain to protection appear, one of the widely accepted norms is used, LEED, Breeam or something similar. He also points out that this is still not a rule in these areas.

Danijela Ostojic explains that the confirmation of the expanded criteria for paints is given by accredited laboratories which issue the M1 certificate, EU Ecolablel, Allergy Label (for example, Tikkurila Harmony or Joker):

– We need to observe all materials from two angles. The first, of course, is what kind of influence the materials used have on our health, and the second is the process of the production of the material itself – says Ratka Antonijevic of Baumit, another member of SrbGBC.

When designing the interior, the designer aims to improve the quality of the space and with that the quality of life of the people who stay in it, according to Ivana Petronijevic. She says that this is primarily achieved through planning new window openings or expanding the existing ones, which increases the amount of natural light in the space.

How can we make the interior energy efficient?

The project which entails user control of the heating, cooling and humidity in the space, in order to ensure the optimal individual comfort in the operating phase of the building, simultaneously achieves the maintenance of energy efficiency, while taking care of the environment.

Thermal comfort, of course, also depends on geographical and cultural factors and a subjective feeling, or the purpose of the space and that is why the temperature spans are very different in different corners of the world (ASHRAE standard known in Serbia: ASHRAE Standard 55-2017, recommendation 19 and 28 degrees Celsius), she reminds.

Humidity control also influences the comfort and prevention of the spreading of diseases, so the recommendation is for the relative humidity not to be lower than 65% in order to reduce the likeliness of the occurrence of the conditions that can lead to the development of microbes (ASHRAE standard 62.1-2016).

If the facility is new, the interior is already within the norms of the current regulations, says Goran Trenevski. But if we are talking about subsequent adaptations or reconstruction within the existing facilities, each adding of the insulation raises the energy grade.

At Baumit, they believe that, in the sense of regulation of the climate of the interior, everything depends on the first 2 cm.

When it comes to the application of aluminum in choosing the joinery or façade systems, whether we are talking about the designers or the end-users, Ivana Petronijevic says that it is increasingly frequent. She also reminds that many banks, within their programs for the crediting of natural persons, have implemented the concept of favorability for the choice of green-sustainable materials.

To what extent are sustainable materials used in modern construction in Serbia, that is, in designing the interior?

It happens much more frequently that certain materials are used in the interior which are not only not sustainable, but also very toxic and dangerous to the users’ health in the long term. These materials emit a large concentration of VOC, which can have a very negative effect on the health of the people who are staying in this kind of an interior for a long time. These compounds are mostly found in organic binders, adhesives and coatings – Marija Andjelic warns.

– It’s hard to present any kind of statistics in that sense. We are still a country that uses brick products. The interior as such is, however, in a kind of advantage. For example, the use of dry systems in the interior has a great effect on everything we talked about previously – says Goran Trenevski.

Danijela Ostojic says that the projects which are certified in Serbia in line with the green standards (LEED and BREEAM), require the implementation of sustainable materials:

– Changes are happening to us slowly, but there’s still a lot of room for improvement.

Dragana Korica reminds that, slightly over two years ago, the guidelines for sustainable materials were defined in the Law on Construction Products.

– If we start from the fact that a reused material is at the same time sustainable, we can conclude that, on the level of interior details, there are good examples of products, rather than materials, in the form of a reuse of a certain element in a space, especially in the service industry. At the moment, it is more up to the producers of the materials, which can have a recyclable percentage in the products, or the production itself is green/sustainable – she says.