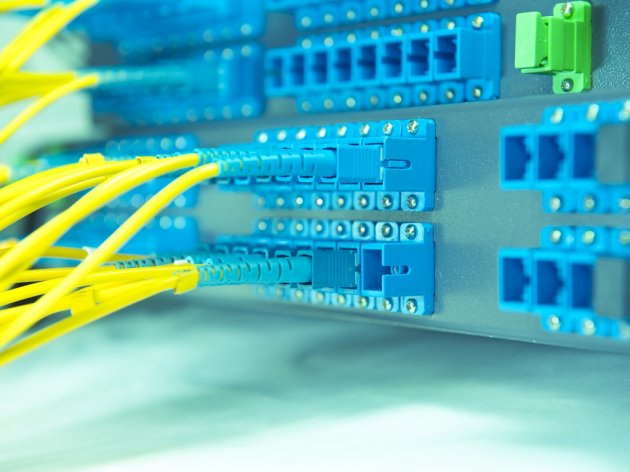 Illustration (Photo: asharkyu/shutterstock.com)
The telecommunications company Orion Telekom will move in its equipment to the State Data Center in Kragujevac as a commercial user under the lease agreement signed by the director of the Office for IT and eGovernment of Serbia, Mihailo Jovanovic, and the director of Orion, Slobodan Djinovic.

The State Data Center in Kragujevac was built under the highest technical standards and therefore meets the highest requirements of reliability for Class 4 according to EN 506000, with a 2N redundancy, which means that all the important systems which pertain to telecommunications connections, power supply, cooling of IT equipment and security are backed up, so the safety and continuity of operations are secured to the maximum extent, says the press release by the Office.

– The State Data Center has a special importance on the level of the state, but also the region, because, in addition to increasing the capacities and improving the quality of eGovernment of the Republic of Serbia, it provides the opportunity to attract large commercial users and to provide services in the region from here – Jovanovic stated.

As said, the State Data Center in Kragujevac will also house the first state platform for artificial intelligence (AI), which will be available to the state, the local self-government, but also universities, science-technology parks and startups.

Jovanovic said that it meant that the center, in addition to the ICT infrastructure, would also have the AI infrastructure for the development of the country’s digital society and that those who want to develop IT products would not have to worry about the infrastructure, but only about what interests them directly – software and app development.

The director of Orion Telekom, Djinovic, stated that he was glad that Orion Telekom was the second commercial tenant of the capacities of the Data Centar, which had set new technological standards not just in Serbia, but also in the region.

– Orion Telekom is a company which follows the latest technological changes and adapts to them, so that all our users get the best and the most secure service. Today’s agreement pertains to the primary backup with a second entity. We are glad that the state has invested in the ICT infrastructure, which is the basis for the next stage of the development of telehousing and cloud services, which will make up over 80% of the ICT market in the future – he stated.