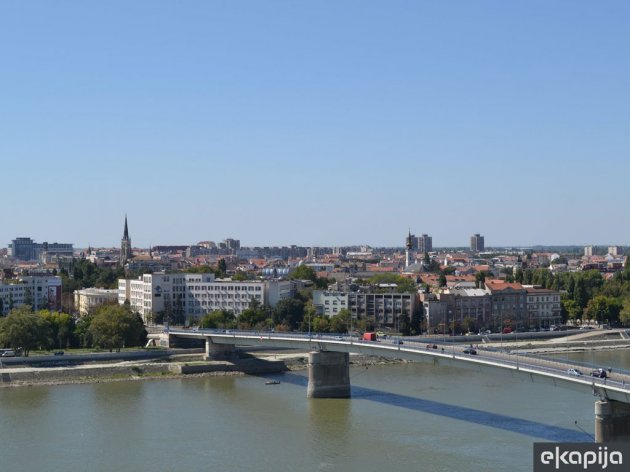 (Photo: Ivana Vuksa)
For the first time since February 2020, a growth of overnight stays in Novi Sad was recorded, as announced by the city’s Tourism Organization (TONS). According to the data of the Statistical Office of Serbia, local tourists realized 4.1% more overnight stays in October 2020 than in the same month last year. Observing only the data for Novi Sad, without the suburban areas, the growth is even bigger (12.8%).

Since the beginning of the pandemic in Serbia, TONS has adapted to the new conditions of promoting the destination and launched numerous new online promotional campaigns on Facebook and Instagram, TONS says.

– For us at TONS, the most important thing is to keep Novi Sad in the focus of interest of our potential tourists, which we do daily through online campaigns, and we have also been helped by the recent publication in the Forbes magazine, which recommended Serbia as a destination to visit, especially the cities, because Novi Sad stands out for its varied and cultural offer, which is why its nickname is the Serbian Athens – the announcement says.

The announcement adds that, in October 2020, according to the Novi Sad hotels, there were more overnight stays (18,705) than in September (13,219), although the number of arrivals was similar in both months (5,882 in October and 5,848 in September). So, not only did the number of overnight stays increase, but also the length of the tourists’ stays.

In the period between January and October 2020, the info centers of TONS were visited by slightly more foreign tourists compared to local tourists. The majority of the foreign tourists who visited our info centers in that period came from Turkey, Russia, Israel, USA, Poland, Germany, Spain, France, China, Hungary.

– It is extremely interesting to note that nearly a third of the visitors that came to our info centers in October were from Israel (30 of the total of 95, including local tourists). They are followed by tourists from the USA – the announcement says.