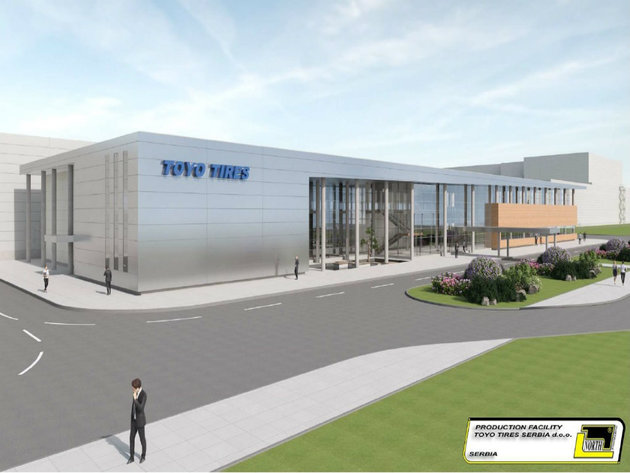 (Photo: North Engineering/Urbanistički projekat, screenshot)
The foundation stone for the construction of a tire factory of the Japanese company Toyo Tires is planned to be laid down in Indjija on December 15, as confirmed by the president of the Municipality of Indjija, Vladimir Gak.

– This is the most important investment in Serbia so far, considering the amount of EUR 367 million in the first phase, the size of the facility and the fact that Toyo Tires belongs to the Mitsubishi corporation – Gak said in his interview for Tanjug.

He added that the main contractor for the construction of the hall, which will take up around 20 hectares, would be the Japanese company Takenaka, but that there would also be room for local construction companies as subcontractors.

– We want our companies to participate in the construction of one such large facility, off which they will be able to live in the upcoming years – Gak said.

The construction deadline is 17 months, after which the factory is expected to produce five million tires of the premium class for the markets of Europe and Russia annually.

Toyo Tires should employ 537 workers at the new facility.

Let us remind that the Commission for Control of State Aid has recently approved state aid of EUR 41 million for Toyo Tires in Indjija.

Previously, Toyo Tires Serbia got a subsidy of EUR 3 million for the investment in Indjija through the allocation of 637,455 m2 of state land without a fee.