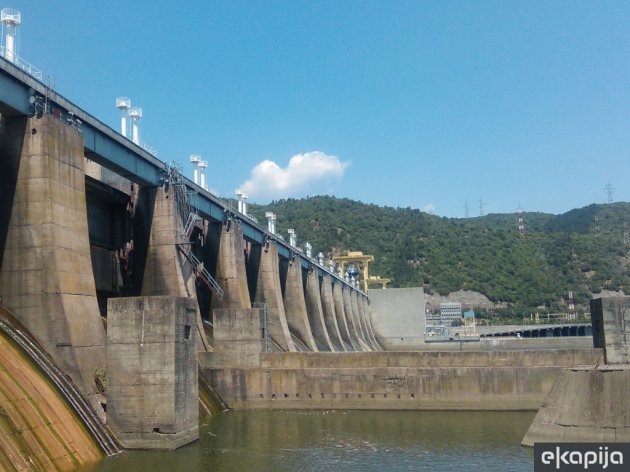 (Photo: Katarina Stevanović)
A total of EUR 28.5 million will be invested in the adaptation of the navigation lock at the HPP Djerdap 1, and Serbian Minister of Mining and Energy Zorana Mihajlovic said that the works would be completed in the autumn of 2021 and announced big changes in the energy sector in the sense of turning to sustainable energy development and green energy.

After taking a tour of the site where the navigation lock is being adapted, Mihajlovic told the press that the Danube was a very important river as a transport and a water corridor, but also as an energy corridor.

– We’re talking a lot of money, EUR 60 million for each navigation lock – Mihajlovic said and thanked the EU for donating a half of the required funds and specified that the other half had been provided through the cooperation with the European Investment Bank.

She announced that EPS would continue investing in the revitalization of its hydro power plants and that Generator 6 would either be revitalized in 2020 or 2021.

– We also have to consider the HPP Djerdap 2, an investment estimated at around EUR 145 million – Mihajlovic says.

She also notes that big changes in the energy sector were to be made.

– We have to turn primarily to sustainable energy development, green energy, green agenda, and not step by step either, but a little faster. Hydro power plants are the foundation of that green agenda. I believe that, together with our partners, we will succeed too – Mihajlovic said.