TABAKOVIC: Serbia a Step Away from Investment Level Credit Rating 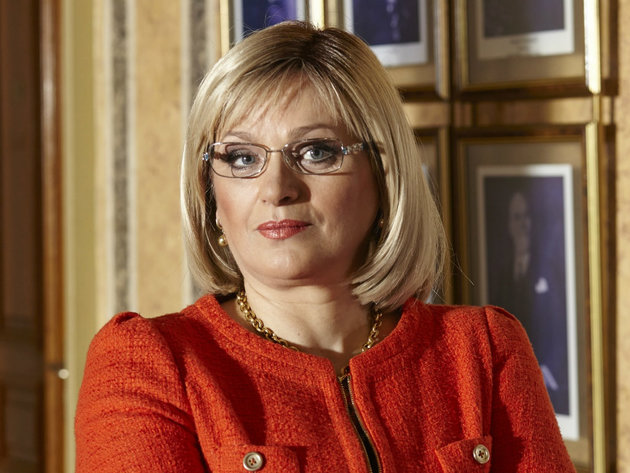 Jorgovanka Tabakovic (Photo: NBS)
Serbia is a step away from an investment-level credit rating, and according to its results in the international market, it already belongs to the group of countries with that rating, said the governor of the National Bank of Serbia (NBS), Jorgovanka Tabakovic.

According to her, the strengthening of the local economy, but also the responsible management of monetary and fiscal policy, contributed to a recovery of trust of intentional institutions, but also investors, in the long-term sustainability of the macroeconomic stability of Serbia.

According to her, it was confirmed once again yesterday, after Romania, a country with an investment-level rating, realized a sale of euro-denominated nine-year eurobonds, that is, of a shorter time period, with a higher interest rate (yield rate 1.468%, coupon rate 1.375%) compared to the price of financing in euros that Serbia achieved by issuing and then hedging (by swapping) dollar-denominated ten-year Eurobonds (1.066%).

– The price of financing achieved in a foreign currency (euro) for a period of ten years (1.066%) is a confirmation of everything that’s been done in Serbia in the past year to the end of a positive economic transformation – the governor said.

She believes that it fully counters certain claims, made after the recent issuing of dollar-denominated eurobonds of the Republic of Serbia, that this kind of transaction could have been realized earlier and which also ask why the refinancing of the expensive dollar debt had to wait so long and why the hedging was not done earlier.

According to her, the country’s credit rating was two levels lower eight years ago, which she claims is indicative of a considerably worse macroeconomic state, making the protection from currency risks much more expensive.