Reconstruction of Beogradjanka Building to Begin, Works Worth EUR 8 Million – Take a Look at What the City Symbol will Look Like 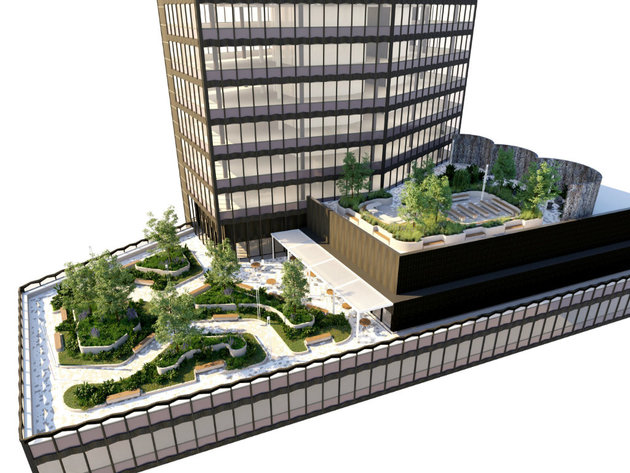 The planned works, they say, pertain to the development of the space between the 5th and the 23rd floor of the building, which the company recently bought from the City of Belgrade, in a public bidding procedure. The reconstruction will be carried out in phases, whereas the completion of the works is planned for the very end of 2021, when Beogradjanka will offer the possibility of renting office space to the local market.

The process of adaptation is organized so that all activities in the surrounding area remain unobstructed, including the usual functioning of the traffic, the company says.

– The whole project of the reconstruction of the Beogradjanka building is run with the interests of our fellow citizens in mind. We are proud of the architectural design, which will highlight the universality and the timelessness of the old solution of architect Branko Pesic, through modern adaptation, best quality materials and a new energy of the spatial concept. The project entails the installation of so-called green oases on the balconies on the 5th and the 6th floor, which is an innovation in the local market of commercial real estate. In addition to the extremely attractive look and the added value for the tenants, the green oases are also proof of our dedication to sustainable and ecological projects. I would like to point out that there’s already an interest in the office space within this project in the market, both among the existing tenants and the new, potential ones. In this phase of the works, over 60% of the space has already been leased – said Milana Sreckov, the director of Marera Properties.

Along with said green zones, which are designed as parks, the works will include the replacement of the glass surfaces on the façade and a full reconstruction of the main entrance to the building. In addition to the usual works, the plan is to modernize the elevators, replace all the installations and improve the natural ventilation. The plan is to implement a smart system for building management, which, along with other improvements and advanced technologies, will upgrade the overall energy efficiency of the building.