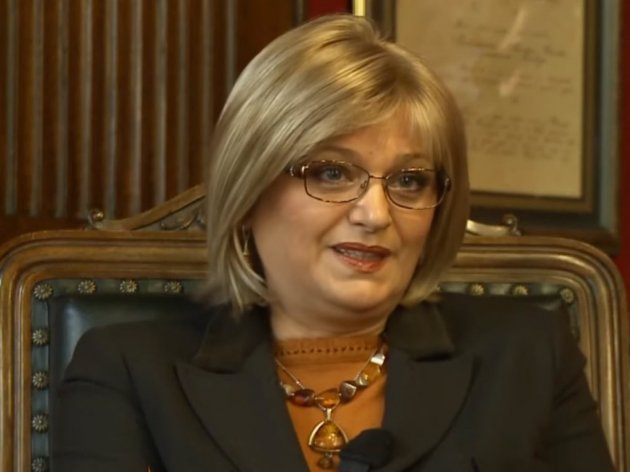 Jorgovanka Tabakovic (Photo: YouTube/screenshot)
The new price of Serbia’s financing is 1.066%. The Republic of Serbia today issued a ten-year eurobond in the international financial market, in the amount of USD 1.2 billion, at the coupon rate of 2.125% and the yield rate of 2.35%, the National Bank of Serbia (NBS) announced.

These are the lowest interest rates so far, i.e. the best conditions Serbia has achieved in terms of financing in dollars. At the same time, aiming to shield public debt from FX risk, that is, from volatility in the exchange rate of the euro against the dollar, Serbia carried out its first ever hedging via swap operations, whereby it swapped liabilities under this eurobond from the dollar into the euro and thus achieved a de facto 1.066% coupon rate for financing in euros.

This is the lowest financing rate Serbia has ever had and, though it is achieved in a time of global crisis, it is lower even when compared to Serbia’s coupon rate last year (1.50%).

– Today’s transaction is yet another confirmation that international investors recognize our country as a safe investment destination. Every appearance in the international market is a test of investor confidence in the sustainability of macroeconomic stability, which is particularly important today, given that such confidence is gained in a time when the global economy is faced with the greatest challenge since the Great Depression – Governor Jorgovanka Tabakovic said.