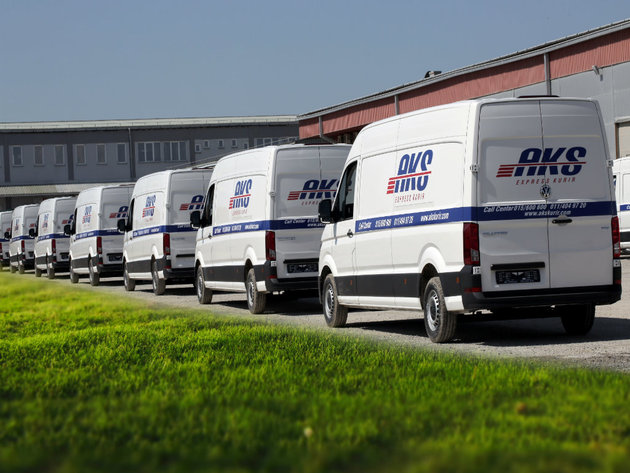 As a postal-logistics operator, which holds the majority of the market of internal distribution of shipments in Serbia, it is also very competitive in the segment of international trade operations, which it has been carrying out for years now.

The international transport offer enables the clients to receive and send packages to all cities and other populated areas in Bosnia and Herzegovina, North Macedonia, Montenegro, Europe and the world in a simple and safe fashion, at affordable prices and in the shortest amount of time possible.

The current investment of the company is the new sorting center, unique in the territory of central and southeast Europe, with fully automated sorting lines, which will upgrade the entire business. A full automation of shipment sorting, with a sorting capacity of up to 100,000 shipments a day, with the most modern AI cameras of the Cognex brand, to the company’s great satisfaction, enables an even higher quality of the provided services. Aks Express Kurir is the first company in the Balkans to activate a fully automated sorting line of the Demag mannesmann brand at this capacity.

The company continues to expand its network of package shops in attractive locations. In addition to the service of picking up and handing over packages, Aks Paket Shop enables its clients to make payments and send money in cooperation with the Transaks payment institution. 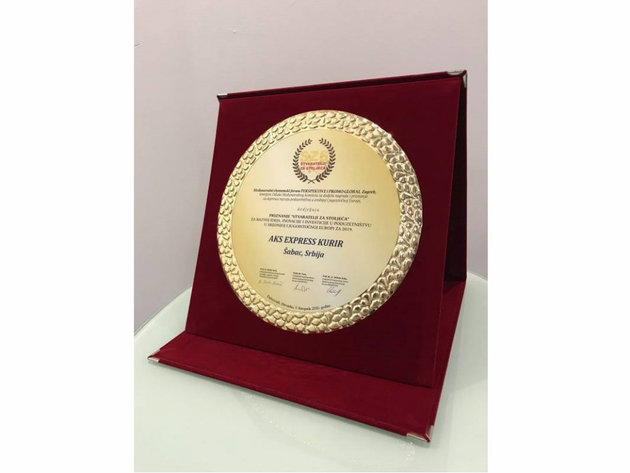 During its existence, in addition to obtaining the licenses and ISO standards, Aks has also won several awards for service quality and the results achieved, such as the award for the high quality of the services in line with the European standards – European Quality Award, the award for the best company and institution in the region – Business Partner 2012 and the “100 Biggest in Serbia 2019” acknowledgment.

The company also won the award and acknowledgment “Stvaratelji za stoleca” (“Creators for Centuries”) for the development of ideas, innovations and investments in entrepreneurship in central and southeast Europe for 2019. The franchise model designed specifically for the operations of the courier service was especially highlighted as the idea of the Aks company that contributed to the development of entrepreneurship. This model was implemented in 2017 and more than 250 people have been employed through it.

Thanks to the professional approach and dedication of over 1,000 employees, the logistics potential of 650 delivery vehicles and 27 regional centers, the Aks courier service is now one of the leading companies in the shipment market in Serbia. With 13 years of successful operations behind them and the confirmed quality of the services it provides to its clients, Aks Express Kurir strives to use its innovative approach to continue upgrading the business, carefully listen to the needs of the market and the clients and keep its leading position in the market of express courier services.