Illustration (Photo: Travel mania/shutterstock.com)
Although at first sight it may seem like the flows of goods are slowly coming back to normal, transport and logistics companies are still operating with a degree of uncertainty, hoping that an improvement will come in the near future, the president of the National Association Transport and Logistics, Slavoljub Jevtic, says for eKapija. He adds that the pandemic has affected local companies more than large, multinational ones and that the new conditions have opened the door to good ideas.

– Following the business parameters of local and foreign companies, the first thing that becomes apparent is that local companies are affected more by the pandemic than large multinational logistics companies, whose branches also operate here. This probably has to do with the size of the market that those companies cover and the operations of the large clients that have managed to keep their market shares this way or that – Jevtic says.

Companies which specialize in certain activities have experienced a larger drop than the companies whose portfolios feature a wider range of logistics services.

– In certain forms of transport, such as rail and river transport, there has been a certain drop when it comes to the quantities of the goods which were offered for transport in the first quarter of the current year. Primarily, these are mass goods such as agricultural products, mineral fertilizers, oil products etc.

The situation is also slowly normalizing in road transport as well, according to Jevtic, but there`s a lot of trepidation about what will happen in the upcoming months. The hope, he says, is that the economy`s needs for transport and logistics services will not decrease.

Pandemic and the changes

The biggest change caused by the pandemic in the sector of transport and logistics was the need to organize unobstructed operations, to protect the employees and to honor all the obligations toward the clients.

– Plenty of companies in our field work in several shifts and all this needed to be harmonized, and movement permits needed to be obtained, primarily for the employees in warehouses and distribution. The employees who could work from home did so, but there was a question of the equipment to be solved, as well as the connection to the companies` servers, so there was a lot of work for the IT departments as well. 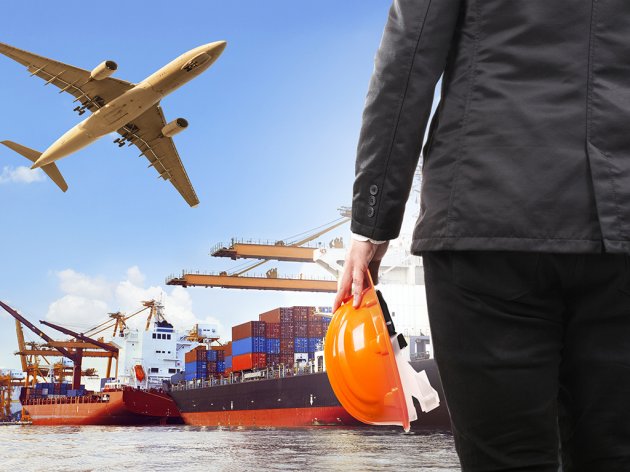 The new conditions opened the door to good ideas, and the implementation of new technologies are expected to improve the performances of supply chains, enable a reduction of costs, increase the productivity and accelerate the distribution.

– I see a great opportunity here in implementing new IT technologies which would adequately upgrade the standard processes and procedures. With the development of smart technologies, not only can progress in operations of the transport-logistics industry be achieved, but good exporting products for the IT industry can be generated as well.

As for the state, according to him, it did a lot during the few months when all companies were receiving monetary help, which covered the minimum wages and enabled the postponement of tax collection.

– What we expect from the state as an industry is primarily to help upgrade the established relations, to form joint expert teams that would consist of state organs and transport economy, which would work together on upgrading the business environment. The predictability of regulations and laws should be improved, that is, the transport economy should receive timely notifications about the planned changes and be given time to adapt to them. It is very important for the portfolio of the resources that the state plans to invest in the transport economy to expand. A good example are the state`s incentives for the development of intermodal transport, which the interested companies have used to procure the necessary works or resources.

He adds that it is also very important for the program of construction and renewal of traffic infrastructure to continue and to continue the started activities on reducing delay times at border checkpoints, both from our side and from the side of the neighboring countries, whether they belong to the EU or not. According to him, the state should solve the issue of the operations of inspection services, both on border checkpoints and internally.

The National Association of Freight Forwarding Companies and Agents “Transport and Logistics” has so far issued several kinds of guides and manuals, one of which is the Transport Manual.

The book is meant primarily for younger colleagues, providing them with detailed information about the organization, procedures, documents and the functioning of certain kinds of transport. Also, the book is meant for employees in transport, production and trade companies.

– This book is also meant for senior year students at faculties and colleges in Serbia as a practical complement to the theoretical knowledge that they get there. It is very important to us for them to come with some practical knowledge when they graduate and get employed at our companies, which considerably shortens the period of training and adaptation to the new working conditions. For that reason, we donated a large number of copies to all faculties and colleges which educate experts in the field of traffic and transportation.

The Transport Manual was printed in 2,000 copies and distributed to the members and other interested companies in the country and abroad.

– We still have a certain number of copies in stock, so everyone interested can contact us and get the book – Jevtic said.