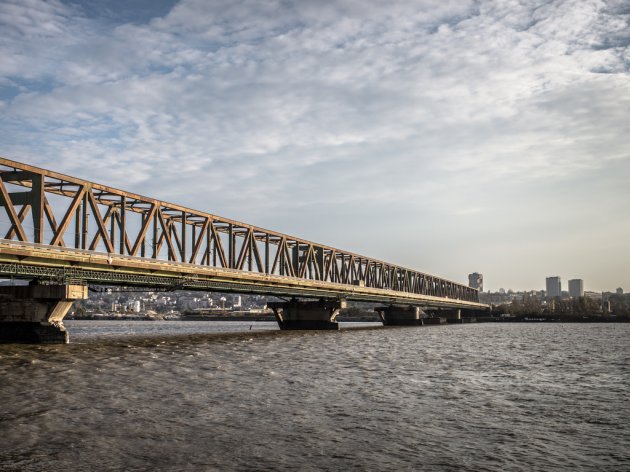 Pancevo Bridge (Photo: lunja/shutterstock)
The PE Roads of Serbia has opened a public procurement procedure for the preparation of technical documentation for the demolition and construction of access structures on the right coast at the Pancevo Bridge. This pertains to the Belgrade (Bogoslovija)-Krnjaca Interchange section, and the estimated value of the procurement is RSD 70 million without VAT.

The access structures to the bridge across the Danube, on the right coast, were built between 1960 and 1964 and they consists of two rows of independent, pre-stressed bridges. Each route consists of six continuous frame structures and access platforms.

The project from 2007 envisaged interventions on nearly all the elements of the bridge structure, except for the foundations. An examination in 2018 showed advanced damage, due to which the structure needs to be renewed.

Bids may be submitted by November 30, 2020, and more details can be found HERE.
Companies:
JP Putevi Srbije Beograd
Tags:
Pancevo Bridge
preparation of technical documentation for demolition and construction of access structures on Pancevo Bridge right coast
preliminary design
preliminary project
feasibility study
project of demolition of existing structures
report of the state of the existing structures as found with a study of geodetic works
Share: