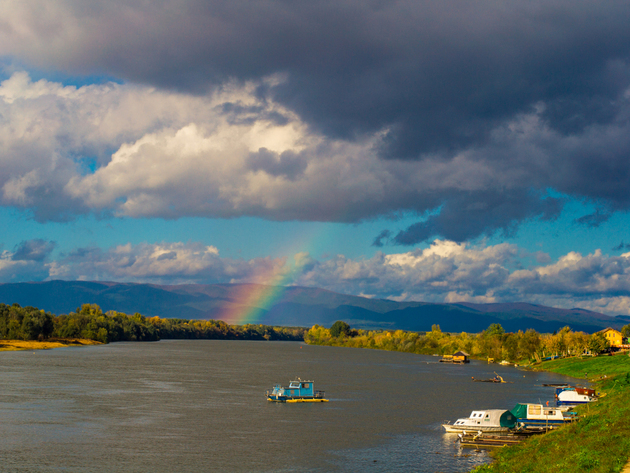 The Sava river in Gradiska (Photo: Turisticka organizacija Gradiška)
Considering that water transport is one of the cheapest forms of transport of goods and that Gradiska is located on the Sava, which is navigable through three countries – BiH, Croatia and Serbia, the potential of this city for the construction of a port terminal and the development of this kind of transport is enormous.

That the realization of this project is increasingly likely has been confirmed recently, as the funds for the preparation of the project documentation for the construction of a port terminal in Gradiska have been secured.

In early August 2020, the World Bank approved EUR 123.2 million for the realization of the first phase of the new Program of Integrated Development of the Corridor of the Sava and the Drina, in which BiH, Serbia and Montenegro are taking part. Of this amount, a loan of EUR 30 million is meant for BiH. The project aims to boost cross-border cooperation on water resource management and upgrade the navigability of the waterway, as well as flood protection.

As Zdravka Macura of the Department for Utility and Housing Affairs of the City of Gradiska, told eKapija, in the first phase of the project, the project documentation for the construction of the port terminal in Gradiska will be completed.

– Considering that, at the moment, only the project task for the preparation of the preliminary design of the terminal is prepared, the reloading and storage capacities at the future terminal are not yet known – she explains.

As she points out, the project will be carried out in two phases. The first phase will take place between 2020 and 2026, and said amount of EUR 30 million is to be put into it, whereas the second phase is to take place from 2023 to 2030.

Macura adds that the proposed activities within this program are an opportunity for local self-governments to work together in order to achieve economic prosperity, with investments that would create jobs, improve the navigability of waterways, protect the environment and mitigate the current and the future water-related risks, such as floods and droughts.
Tags:
Program of Integrated Development of the Corridor of the Sava and the Drina
Gradiska port terminal
port of Gradiska
construction of a port terminal in Gradiska
construction of a port in Gradiska
Sava navigability
development of Vrsanic Racinovac shallow waters
development of Novi Grad Jaruge shallow waters
demining of the right coast of the Sava
Sava flooding
flood protection
Share: