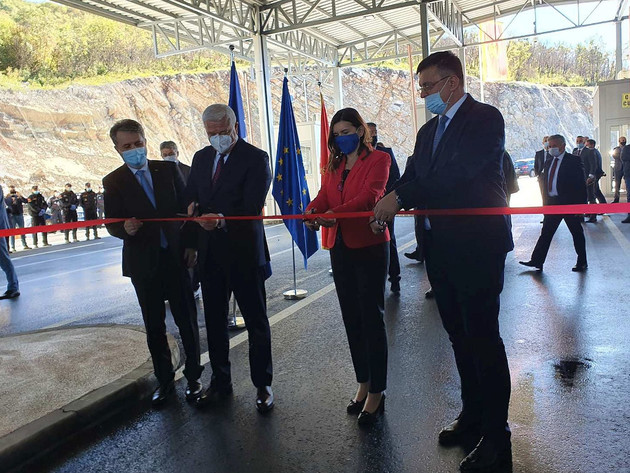 (Photo: Vijeće ministara BiH)
The president of the Council of Ministers of BiH, Zoran Tegeltija, and the prime minister of Montenegro, Dusko Markovic, have opened the joint border checkpoint Vracenovici on the Bileca-Niksic road, which simplifies border crossing between Bosnia and Herzegovina and Montenegro.

Tegeltija pointed out that the opening of the border checkpoint, in which over EUR 2.5 million was invested, was another one in the range of successfully realized projects of BiH and Montenegro with the EU. He expressed his conviction that it was not the final joint project and that in the upcoming years even larger successful projects would follow, the Council of Ministers of BiH announced.

He announced that the construction of the road between Foca and Scepan-Polje would begin in 2021, as part of the EU project, and expressed hope that all border checkpoints would be modernized and opened by 2024.

This modern border crossing has an area of 9,000 square meters, three entry lanes and three exit lanes, as well as a special lane for freight vehicles.