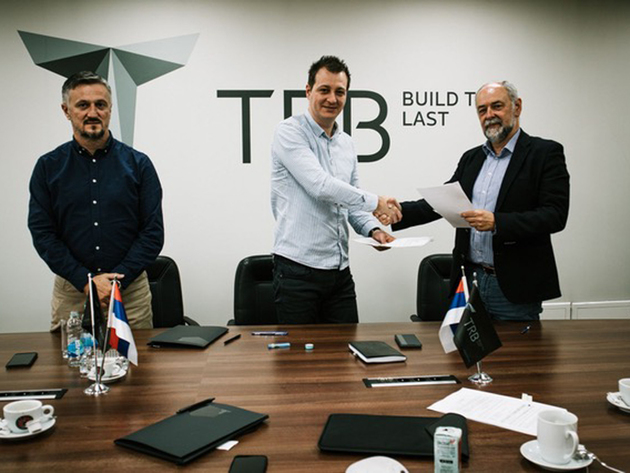 The agreement was signed on October 15 at the premises of TRB in Bratunac by the director of Green Power Turbine Systems, Slobodan Petkovic, and the executive director for support at TRB, Marko Mrkajic.

According to TRB's press release, through this agreement, the excellent business cooperation of the two export-oriented companies from the arms industry has been made concrete and it entails the creation and realization of joint projects. The first joint project will be realized at the new TRB facility in Bratunac, which operates at full capacity.

To TRB, this agreement is important, as it is the first contract with a company from Serbia. Thanks to it, Green Power Turbine Systems will no longer be just a purchaser of TRB's products, but also its partner in third markets and in future fairs.
Tags:
Tehnički remont Bratunac
Green power turbine systems Belgrade
Marko Mrkajić
Slobodan Petković
Share: