Crkveno Brdo in Vrnjacka Banja to be Developed, Looking for Contractors – Construction of Gondola to Goc and Rehabilitation of WW2-era Tunnels Planned 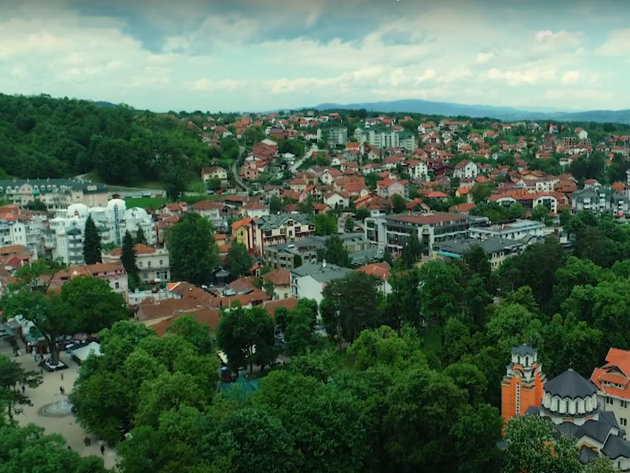 (Photo: YouTube/screenshot/ RTS Aktuelnosti)
The Tourism Organization of Vrnjacka Banja has opened the public procurement procedure for the final, third phase of the development Crkveno Brdo. In this phase, the plan is to build a lookout and a pavilion, as well as several hundred meters more of lanes with accompanying street furniture, the director of the TO Vrnjacka Banja, Ivan Trifunovic, says for eKapija.

The gross value of the procurement is RSD 10 million.

The realization of the project “Ozone Lanes at Crkveno Brdo” entails architectural-construction works, as well as works on electrical installations, to the end of the establishment of pedestrian lanes, load-bearing walls and street furniture. Bids may be submitted by October 19, 2020.

However, as Trifunovic points out, that's not the end of investments in the tourist offer of the most visited local spa. The development of the tunnels beneath Crkveno Brdo, built as a shelter for the German General Staff during WW2, is planned. The tunnels should become a tourist attraction. The construction of a gondola to the Goc mountain is planned as well.

– This year has given us more time to dedicate to the projects and the infrastructure. The preliminary design was prepared in cooperation with three faculties and we hope that, by the end of the year, we will have a finished tunnel project, so that we could apply for tourist valorization, that is, construction, next year – Trifunovic said.

He pointed out that, within the investment cycle Serbia 2025, the project of the construction of the gondola to Goc had been approved. More about this can be found in a separate article.