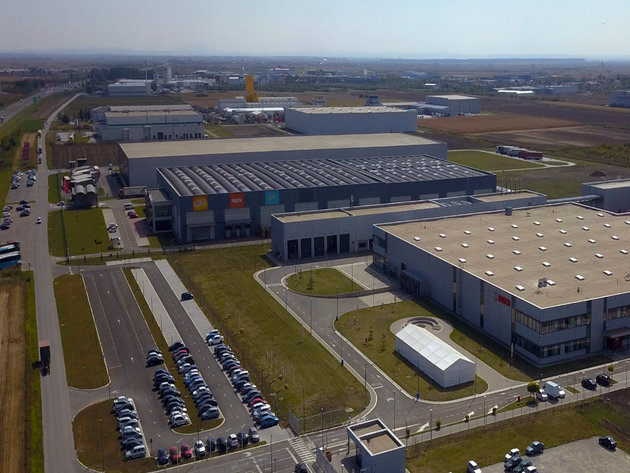 Industrial Zone Simanovci (Photo: Opština Pećinci)
Thanks to the accelerated economic development, Pecinci is synonymous with greenfield investments, with over 70 local and foreign companies which operate in the municipality's territory, and the greenfield investments amount to EUR 700 million. This makes the unemployment rate the lowest in the area. In August 2020, the register of the National Employment Service featured only 702 unemployed from the Municipality of Pecinci.

The interest of investors in the Municipality of Pecinci is not waning, thanks to both its excellent geographic position and the constant work on creating a favorable business environment and the efficient local administration, which is available to the investor from the first contact with the municipality to the final realization of the investment, the local self-government says for eKapija. They also add that Pecinci is one big construction site at the moment. In the past year alone, facilities of IPB, Open Mind, Logistic Team Sekulic, Pop Invest, CTP Invest, Sport Vision Group and KLP have been finished.

– In addition to new investors, it especially positive that, in the past few years, numerous companies such as Bosch, Sika, JUB and others, which have been operating in the Municipality of Pecinci for years now, are expanding their current capacities, which clearly points to a more favorable business climate and the intention of these companies to continue their operations in Pecinci in the future – the municipal administration says.

Investments of the local self-government

The largest infrastructure project in Pecinci at the moment is the gasification of 11 settlements which so far have not been connected to the gas network.

– This investment, worth EUR 6.1 million, should enable each household and each enterprise in our municipality to get gas supply in the next two and a half years. In the same period, the expansion of the gas network in the four settlements where it is partially built should be completed as well – they point out.

– The first phase of the construction of a new water supply network in Ogar is also ongoing – the municipality says.

The priorities of the Pecinci local self-government in the upcoming period will be to improve the conditions in education institutions and healthcare and upgrade the utility infrastructure in settlements and industrial zones.

– When it comes to capital investments, the municipality has already prepared project-technical documentation for the reconstruction of the elementary school and the old part of the high school in Pecinci, and this investment has been evaluated at RSD 130 million. We are also looking at the reconstruction of the Health Center in Pecinci, and the estimated value of this investment is around RSD 150 million – the municipality says for our portal.