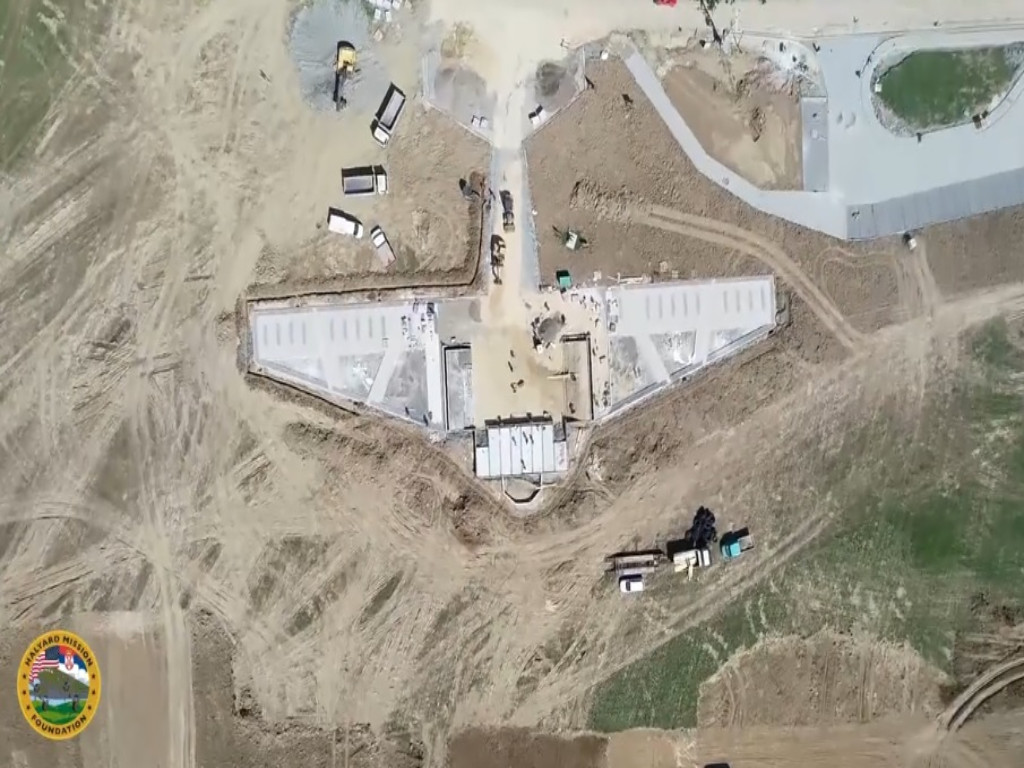 (Photo: Screenshot/ Facebook Halyard Mission Foundation)
At the 76th anniversary of Operation Halyard, which was celebrated in Pranjani on September 26, the Gorski Airport at Galovica Polje and a part of the memorial complex officially opened.

On an area of 17 hectares, the complex features a memorial center shaped like a C-47 plane on 2,500 m2, a runway of 600 m, as well as heliport and a parking lot for cars and buses. The value of the whole complex is RSD 70 million.

The ceremony was attended by Serbian President Aleksandar Vucic, who reminded that Operation Halyard had been important, but also difficult, and that Pranjani had acted as a sanctuary for hundreds of Allied pilots, while the Serbian populace had shown its courage.

He said that the relations between Serbia and the U.S.A. “are certainly improving”, but added that “a lot of time will pass until they are where we want them to be”.

Serbian Minister of Construction, Transport and Infrastructure Zorana Mihajlovic said that the money for the realization of the complex, worth RSD 70 million, had been provided from the state budget and paid to the Halyard Foundation.

She also pointed out that the cities of Cacak and Gornji Milanovac, as well as several public companies – Airports of Serbia, EPS, Ski Resorts of Serbia and Telekom Srbija – had provided great support.

U.S. Ambassador in Serbia Anthony Godfrey also reminded of the importance of Operation Halyard, which was one of the most massive operations, as around 500 Allied pilots were saved at the time.

– Today, we are celebrating an important anniversary and I have the honor to be the first U.S. ambassador to take part in celebrating the 76th anniversary, in a new complex. We are forever preserving the memory of the courage of Serbian villagers, who didn't spare their lives to save those of Allied pilots, which is why Operation Halyard deserves all attention. The whole world will hear about Pranjani, because the place will be put on a Google map thanks to this airport – Godfrey stated.

Let us remind that Operation Halyard was the largest operation of saving Allied airmen in history. The rescue mission took place between August and December 1944, from the runways set up in rural parts of the occupied Serbia. Over 500 pilots were evacuated from Pranjani at the time.

The ceremony was attended by Serbian Prime Minister Ana Brnabic, the Serbian member of the Presidency of BiH, Milorad Dodik, the founder of the Halyard Foundation, John Cappello, the mayor of Cacak, Milun Todorovic, the president of the municipality of Gornji Milanovac, Dejan Kovacevic, and others.