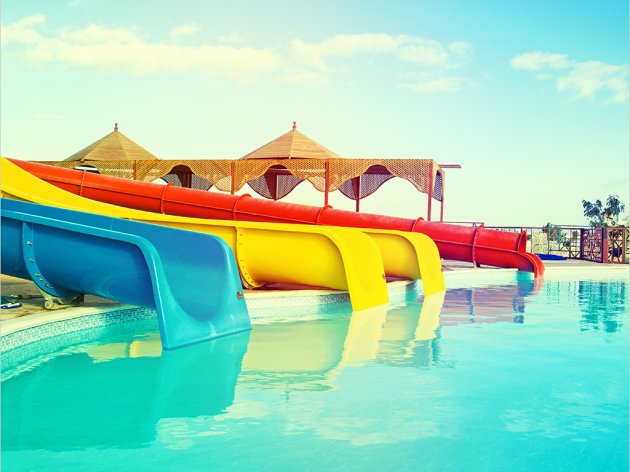 Illustration (Photo: Lucy Liu/shutterstock.com)
The construction of a spa center with an aqua park in Palic, which has been prolonged due to the coronavirus pandemic, should be completed in early March 2021, said the mayor of Subotica, Stevan Bakic, while visiting the construction site. The project is worth RSD 1.111 billion.

Having reminded that the foundation stone for the construction of a spa center with an aqua park in the Muski Strand area in Palic had been laid down on December 15, 2018, Bakic said that the first phase of the works was over, that the works on the second and the final phase had begun in March 2020, that they had been slated to take 250 days and that the complex should have been built before the end of 2020.

– Due to the coronavirus pandemic and its consequences, the consortium of contractors led by Alex Engineering & Construction from Belgrade often worked at a 50% capacity, so the completion of the spa center with an aqua park has been extended by 110 days, that is, until early March 2021 – Bakic said.

With the realization of this project and with the use of natural sources of thermal mineral water in Palic, spa and congress tourism will develop in parallel, he emphasized and added that it would all reflect on the economic environment, which should attract numerous local and foreign investors to invest their capital in Palic.

The director of Park Palic, Nebojsa Darabos, reminded that the complex was being built on an area of 4.4 hectares, that five pools, at least one of them with thermal water, would be built in an outdoor area of 28,500 m2 and that the indoor facility, on an area of around 3,000 m2, would feature five pools and a spa section.

Talking about other investments in Palic in 2020, he said that Park Palic has secured funds for the construction of the Adventure Park from the competent ministry. The adventure park, he said, will complement the features on the Sand Beach. He added that the ministry had also provided funds for the reconstruction of two toilets near Mala Gostina and on the Sand Beach, as announced on the website of the City of Subotica.
Companies:
Grad Subotica
Park Palić d.o.o. Palić
Alex E&C d.o.o. Beograd
Tags:
City of Subotica
Park Palić doo
Alex engineering construction Belgrade
Stevan Bakić
Nebojša Daraboš
spa center and aqua park Palić
adventure park
construction of aqua park in Palić
Share: