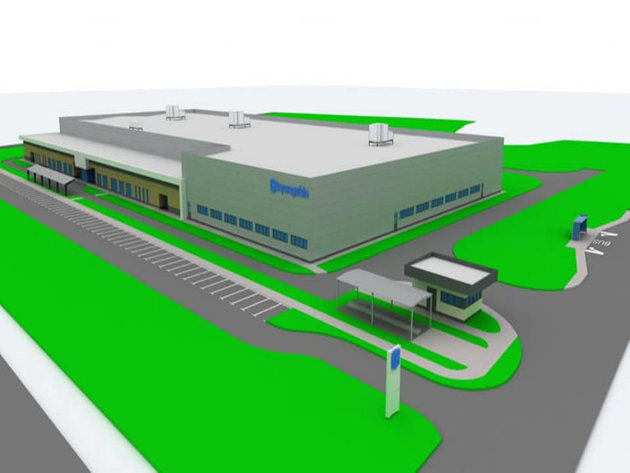 Planned look of the factory (Photo: Facebook/screenshot/Nikola Vučen)
The South Korean company Kyungshin Cable is to start operating in Smederevska Palanka, producing electrical components for cars, before the planned deadline.

– It was planned for the factory to start producing in August 2021, but as things stand now, it could happen in late February or early March – says the president of the Municipality of Smederevska Palanka, Nikola Vucen.

The construction of the factory started in May 2020 and is close to completion. The factory takes up 20,000 m2. The halls and other auxiliary facilities have been completed and the installations are being set up and the traffic routes within the factory complex are being paved now, the municipality says on its website.

– We have been given strong guarantees by the contractors, but also by our partners from South Korea, that all construction works will be completed by the end of October. This is to be followed by the phase of installing the machines and the production conveyor belts – Vucen pointed out.

The owners of the company have announced that they will invest EUR 25 million in the construction and the equipping of the factory. The plan is for the factory to employ 700 people in the first phase and then 1,000 when it starts working at full capacity.