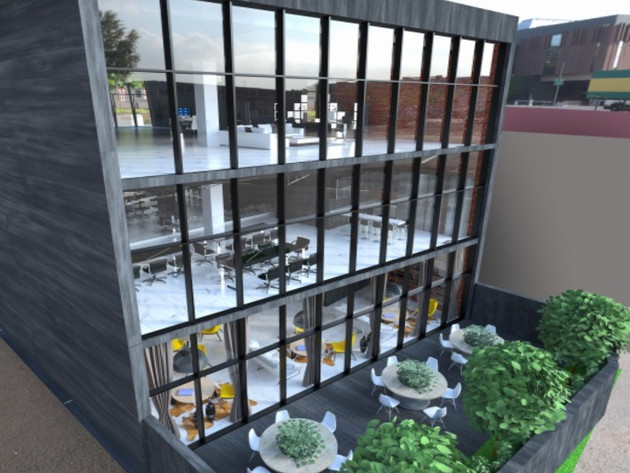 The future look of the center (Photo: Artija Loznica)
Next month, the construction of an innovation startup center – Smart City Center, will start in Loznica. Training courses and programs for the young will be carried out there in the field of preparation of innovative solutions for the digitization of the public administration in the town's territory.

The aim of the project, as the city administration told our portal, is to found as many startups as possible that will develop innovative solutions for digitization in the public sector, which will contribute to the employment of the young and prevent young people from leaving Loznica.

– The idea is for participants in the project team called “The Team for the Future of Loznica” to work at this Center. It is a program called “Loznica for the Best”, a unique idea that has been supported by the prime minister as well. The aim of this project is to have young people and highly educated people return to Loznica, their employment and inclusion in the preparation of a scientific study which will analyze Loznica's medium-term development perspectives in all areas of social life – the city administration told out portal.

According to them, the realization of the projects will enable additional development of the young from the city's territory, the local community, as well as all interested people from the region and economic and social development in the fields of innovations and innovative entrepreneurship in the city.

The planned center, which should have 800 m2, is to be built in three phases.

The design was authored by the Artija architectural studio from Loznica.