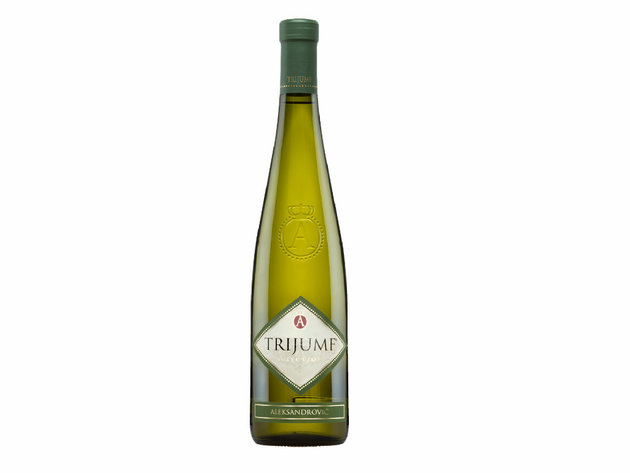 (Photo: Vinarija Aleksandrović)
Winery Aleksandrovic noted a huge success in the biggest wine competition in the Balkans, The Balkans International Competition BIWC 2020, which gathers competitors from all countries from the region.

The Grand Trophy for the best Balkan wine was given to the Trijumf Selection 2019 white wine from the Winery Aleksandrovic.

– This is incredible! I haven't dreamt of winning such an important award in the country of exquisite wined and expanse of vineyards that Bulgaria is. It is a special honour not only for the Winery Aleksandrovic but the entire Serbian wine production, Bozidar Aleksandrovic stated in the Grand Trophy award ceremony.

The award ceremony was held on Thursday night in Sofia, as a part of the official opening ceremony of the Balkan Wine Festival in front of the National Palace of Culture. The awards to the wine makers from Serbia were given by Serbian Ambassador to Bulgaria, Zeljko Jovic.
Companies:
Vinarija Aleksandrović
Tags:
Winery Aleksandrovic
Bozidar Aleksandrovic
The Balkans Intenational Wine Competition BIWC 2020
Trijumf Selection 2019
Share: