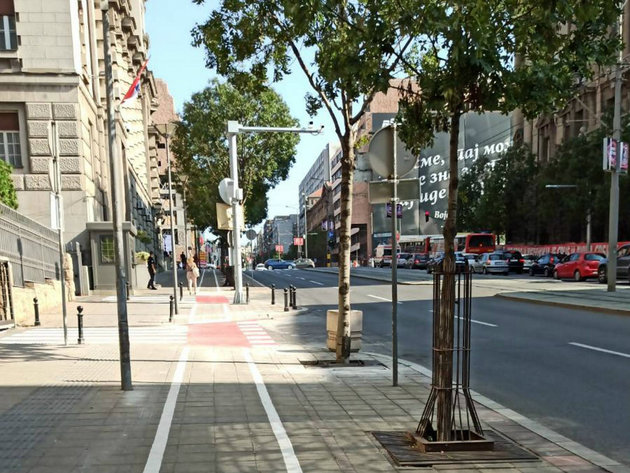 (Photo: Beoinfo)
The new cycling lane in Nemanjina Street has been finished. The mayor of Belgrade, Zoran Radojicic visited this lane yesterday and said for Radio Television of Serbia that this new section was nine hundred meters long.

– This is practically a connection between Slavija Square and Sava Square and this is just one of the cycling lanes we worked on, the Mayor said. He recalled that the bike lane between the Mihajlo Pupin Boulevard and Milentija Popovica Street in New Belgrade.

He added that both tracks round out the bike lane network in the city making it more functional and are thus very important.