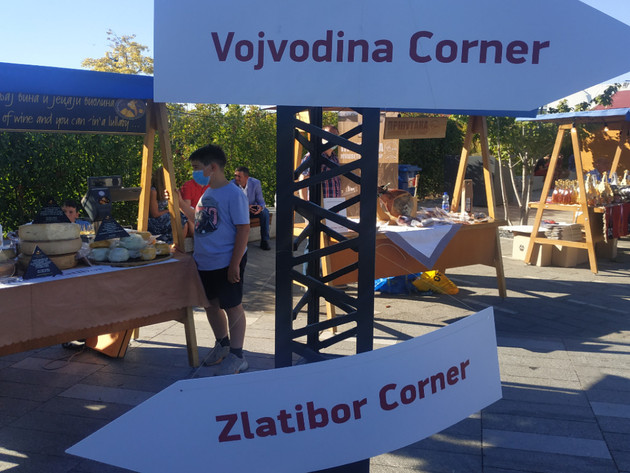 (Photo: eKapija/S.Petrović)
Quince cheese, army bread of old and raspberry brandy are some of the traditional, tried local recipes that the visitors of the traditional food and wine show – Good Food and Wine Festival that took place in the Belgrade, could taste.

The festival gathered around 70 exhibitors from all across Serbia but also from the neighbouring countries, Bosnia and Herzegovina and Montenegro. All visitors could taste various types of local specialties made in a traditional Serbian way - cheeses, prosciutto, bacon and both wines form major wine brand and the smaller wineries on the rise. Several stands displayed handicraft products for sale, everything from folk dance opanak shoes to hand-made soaps.

We were drawn to the booths displaying Serbian army bread, which Dragana Banda from Kragujevac makes in her own home in a special-purpose baking oven. According to Dragana, the bread has a history dating all the way to the period of Balkan Wars and the Great War. 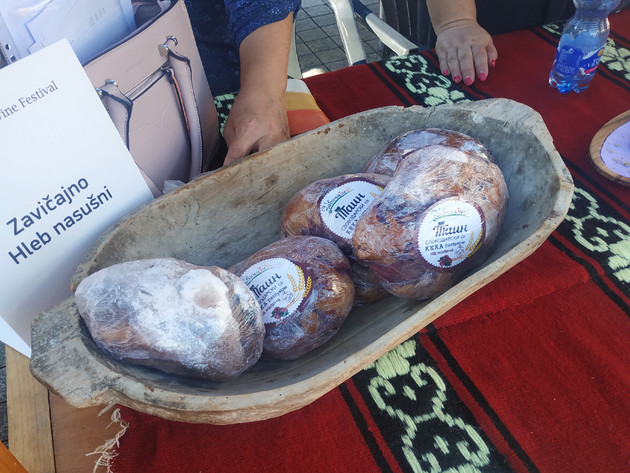 (Photo: eKapija/S.Petrović)
– This bread came to be by me wanting to evoke memories of that era. Since our people use to eat fruit bread back then I combined raspberries, prunes and walnuts for this type of bread. It is a modern variant of important foodstuff on the Serbian dinner table, Dragana explained.

Several stands down, we stopped and tried goat cheese of the small dairy Cuk from Banatsko Karadjordjevo in the Zitiste municipality. The dairy founder, Milan Cuk said that the dairy has became a family business, already passed on to the younger generation, namely his daughter, but the quality and the recipes are tried and true. 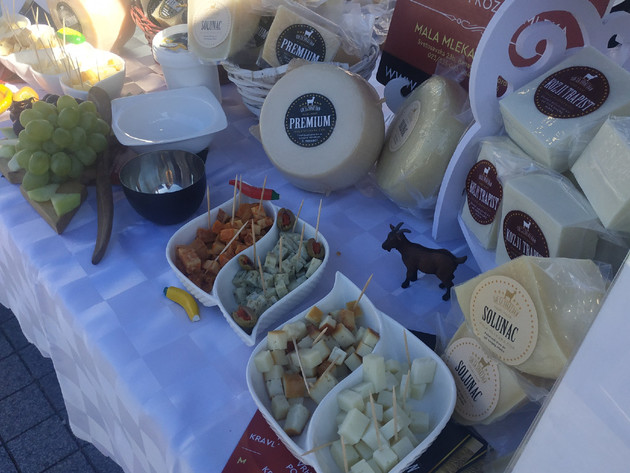 (Photo: eKapija/S.Petrović)
– We make goat and cow cheese from the recipes from long-ago and according to modern requirements, of course. To this end, we own a goat farm too, so the goat milk is of proven quality.

Danijela Baocevic, the owner of the local Honey Mix brand made on the Pcelinjaci Baocevic farming estate supports the claim that you are what you eat. The brand stand displayed product with medicinal herbs that help with immunity boost, have a calming effect, help with gastritis and high blood pressure and other.

Before we went on to talk with experienced vintners and having in mind that every good dining table has a sweet course, we visited the stand of Natasa Maletic the owner of the Dunja Sljivic farming estate who makes the famous kitnikes or quince cheese. 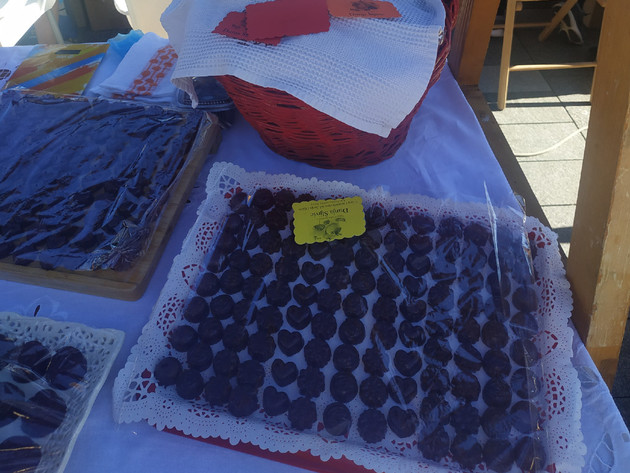 (Photo: eKapija/S.Petrović)
She said that her estate has a crop ofplumes and crop of quinces (hence the name of the estate) and her products are available for sale every weekend on the Kalenic market.

– All of this is handmade by our family – my mother, aunt and myself. We currently only stock kitnikes but come October new quinces will arrive and new products will be available such as quince juice, stewed fruit products and plum jam.
As the saying goes, cheese, wine and friends must be old to be good and we saw that “in vino veritas” on the stand of the Montenegrin winery 13.Jul-Plantaze that won two awards at the festival – the best winery in the region award and the best wine in the region for Vladika wine.

Branko Cotric, the director of the company, told eKapija that the company considers Serbia a local market and that they have been present here from the start. 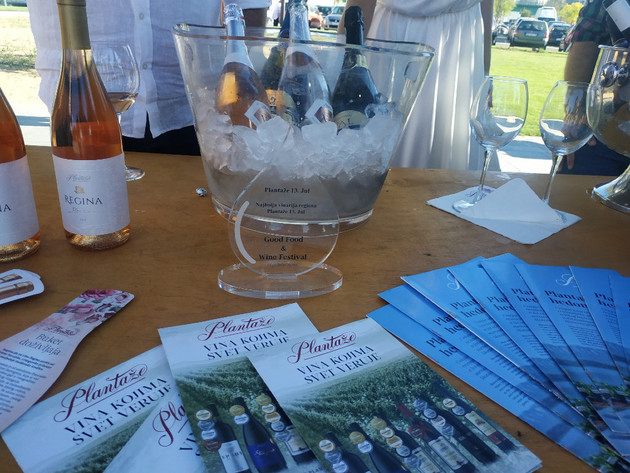 (Photo: eKapija/S.Petrović)
– We've been in the wine producing business for 57 years now and our wines have won over 800 awards and honors. Today we won the “best winery in the region” award. This awards carries considerable weight, because wine culture is quickly advancing nowadays. There used to be around 50 or 60 winery in this area, but today you have about 370 wineries in Serbia only and around 150 in Bosnia. Hence the awards has a special significance. We also won an award for our red wine Vladika, which was made 50 years after the plantation was established and 200 years since Njegos was born. Vladika is our best wine, Cotric said.

The best sparkling wine award went to Rubin company for Vronski wine. The representative for Rubin, Milos Milicevic, said that their winery produces sparkling wine in the so called “traditional method” used in the Champagne region in France. 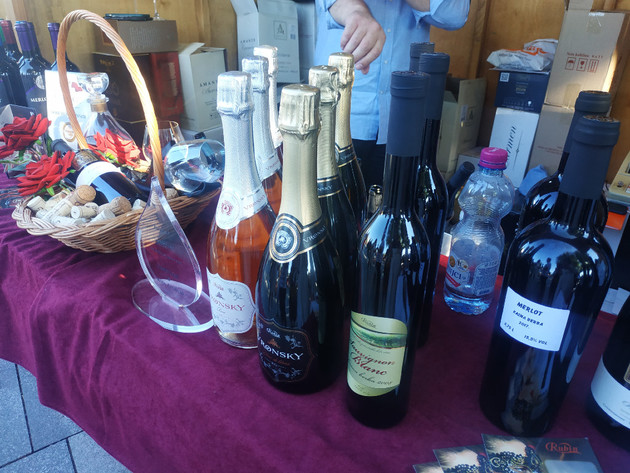 (Photo: eKapija/S.Petrović)
– We make wines the way they do it in France and we use the same varieties of Chardonnay grapes while Pinot Noir is used for rosé wines. The process includes that after the first fermentation the young wine goes through second fermentation in the bottle. It's mostly done manually and from the beginning to the end of the process the bottle passes hands around 28 times, Milicevic says,

Despotika Winery from Smederevska Palanka won the best white wine award at the fair. The representative of the winery, Miroslav Kostic, who's been in the field since 2011, said that today the winery has around 20 ha of vineyards and growing around 10 grape varieties. They won the award for their Sauvignon wine, which is among the better quality white wines in Serbia. 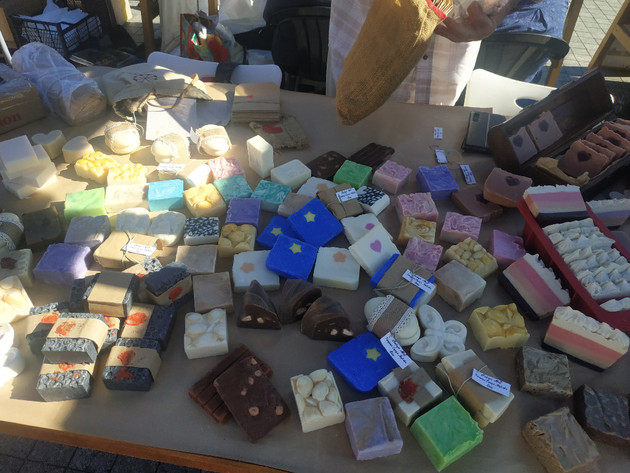 (Photo: eKapija/S.Petrović)
We were also drawn to the home-made soap stand called My Soap made from cold pressed and essential oils and allergen-free organic butter.

The visitors could also stop by the Craft Workshop Opanak booth from Vrnjacka Banja. The owner of the business, Mirko Strugarevic that the trade has been a family business for generations. 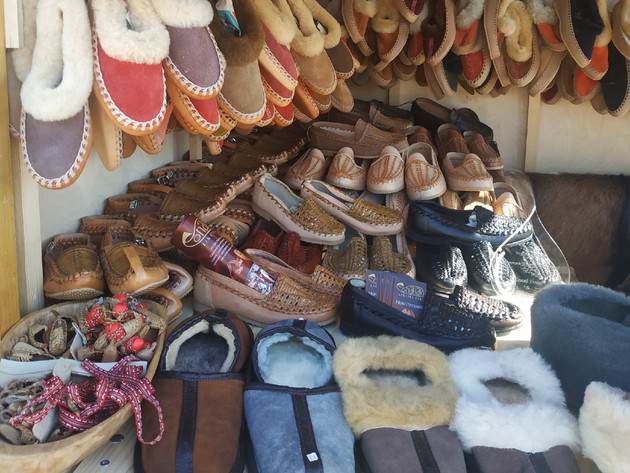 (Photo: eKapija/S.Petrović)
– We offer all sorts of folk dance shoes (opanak), souvenirs, fur slippers, moccasins, sandals and decorative furs. We use mostly local material and we only import some minor stuff for opanak production, Strugarevic said and added that the admirers of traditional goods can find their products in Vrnjacka Banja as well as in Zlatibor.