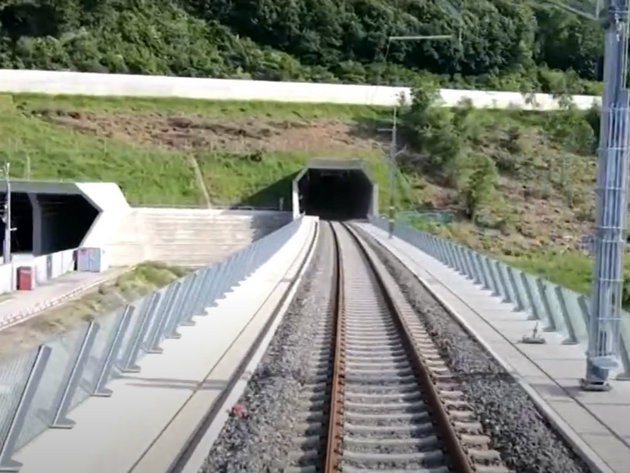 (Photo: YouTube/screenshot)
Switzerland officially opened the Ceneri Base Tunnel on Friday, the final piece in a direct, flat rail link connecting northern Europe to the Mediterranean via routes beneath the Alps.

Together with the 57.1 kilometer Gotthard Base Tunnel, the world’s longest rail tunnel which opened in 2016, and the 34.6 kilometer Loetschberg tunnel, Ceneri completes a system that allows uninterrupted freight transport from Rotterdam and Genoa under the mountains.

The project’s aim is to reduce in the number of trucks crossing the Alps to 650,000 per year, cutting daily CO2 emissions by 890 tonnes.

Eventually the Milan to Zurich train journey will be cut from around 4 hours to three hours, and the SBB plans to run direct trains to Bologna and Genoa.