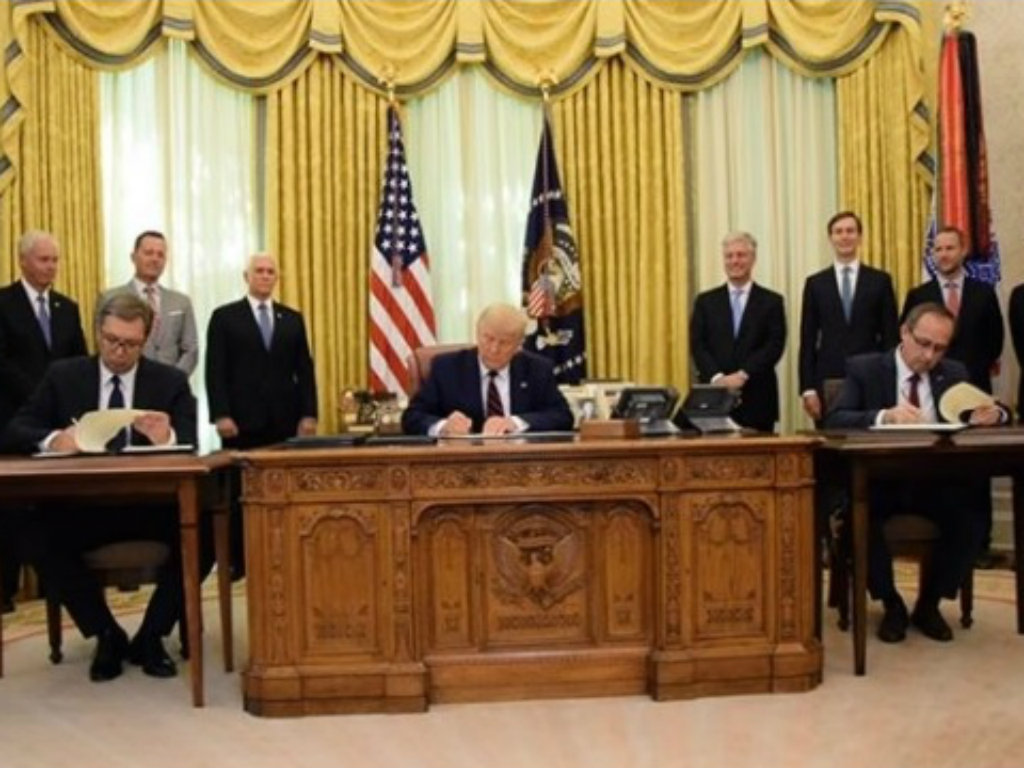 (Photo: Print screen / Instagram / buducnostsrbijeav)
The president of Serbia, Aleksandar Vucic, and the prime minister of the partially-recognized Kosovo, Avdullah Hoti, have signed an agreement with US President Donald Trump in the White House on the normalization of economic relations.

The agreement was signed in the Oval Office.

Vucic stated that there were many differences between Belgrade and Pristina, but that the agreement was a big step forward, Reuters reports.

– This is not a trilateral agreement, but a bilateral agreement that Serbia has signed with the USA. The third side is not recognized as a subject of internal law, which is very important for us – Vucic emphasized.

He said that the opening of the US Development Fund was planned only for Serbia and not for anyone else in the region.

– This will send a strong signal to all the credit agencies. It shows how interested America is in cooperating with Serbia. Americans will work on projects together with us – Vucic pointed out.

He added the Pristina delegation had obliged by its agreement with the US side to join the mini-Schengen.

– This will secure a free flow of people, capital and services. This is all of exceptional importance for us. The fees are no longer there – the president said.

He said that the two sides agreed to work together with the USA on a feasibility study for the division of Gazivode.

– At the moment, we don't get a single kilowatt of electricity from Gazivode. No matter how the split is realized, we will gain something. That was the cause of the argument anyway. It's very important for the Americans to do the feasibility study – Vucic said.

– What we got through this is that the USA, through a bilateral agreement with us and them, guarantees that the court decisions pertaining to our religious facilities in Kosovo and Metohija will be implemented. This pertains to the Patriarchate of Pec and the Decani Monastery – Vucic noted.