Hotel Ramonda on Rtanj to be Extended – Another Spa Center, New Congress Hall and 35 Rooms and Apartments, Works to Start in October 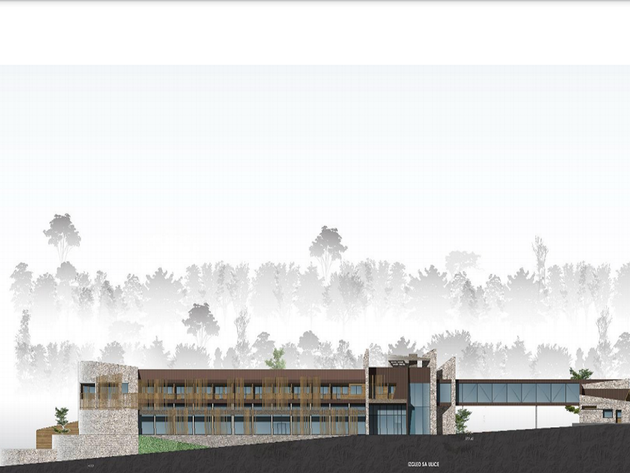 (Photo: PRO D - Inženjering/ Urbanistički projekat)
Hotel Ramonda on Rtanj, which opened last summer, should soon expand its capacities, and the works should start in October. The new facility will be built alongside the existing one, the director of the hotel, Nikola Jakovljevic, says for eKapija. Despite the crisis in the hotel industry, Jakovljevic points out that Ramonda is operating as usual and that the capacities are mostly filled out.

– Another 35 accommodation units will be built within the second phase – family rooms and apartments, a congress hall with around 200 seats, a new spa center, a bar, a playroom and a pool hall – Jakovljevic says.

According to him, the works are expected to start in October, and the Municipality of Boljevac has put the urban project prepared by PRO D – Inzenjering from Stara Pazova up for a public review. According to the project, the hotel complex should have a total of 8,837.15 m2.

– Right next to it, on the neighboring parcel, the first and the second phase of the works on the hotel complex were carried out, resulting in a functionally and technically complete unit which will complement, as phase III, the capacities and the functions, responding to the needs of the market and realizing the goal of creating a new tourist destination.

Let us remind that the Tourism Organization of Boljevac earlier announced for eKapija the construction of a gondola system on Rtanj and the arrival of more investors.