Reconstruction of 11 Bridges on Drina, Sava and Uvac – Karakaj and Sepak First on the List 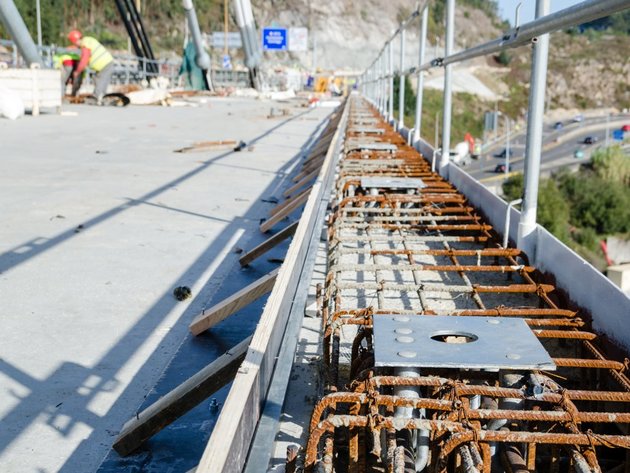 Illustration (Photo: Juan Carlos Alonso Lopez/shutterstock.com )
Of the 11 bridges on the Drina, the Sava and the Uvac to be reconstructed between BiH and Serbia, the first on the list are Karakaj and Sepak.

The projects for those two bridges have been completed, as the Ministry of Construction, Transport and Infrastructure of Serbia told Glas Srpske. They said that the signing of the agreement with BiH on the reconstruction of these bridges was expected to take place as soon as possible.

This will provide the legal framework for the reconstruction of the two bridges to begin, said the Ministry of Construction, as reported by Drina Info.

– When it comes to those that are the responsibility of Republika Srpska, they are the bridges on the Drina located between Trbusnica and Sepak, Mali Zvornik and Karakaj, as well as the King Alexander Bridge, between Mali Zvornik and Zvornik. There's also a plan to reconstruct the old bridge between Ljubovija and Bratunac, but also the bridge between Bajina Basta and Skelani – the Ministry of Construction of Serbia emphasized.

BiH is in charge of five bridges, two of which on the Sava, those between Sremska Raca and Raca, which are a road bridge and a road-rail bridge, and three are located on the Uvac river.

– The total estimated value of the investment for the reconstruction of the five bridges, except for the new bridge in Ljubovija, is around EUR 15.3 million – said the Ministry of Construction of Serbia.

They remind that the agreement on the signing of the contract between the Government of Serbia and the Council of Ministers of Bosnia and Herzegovina on the maintenance and reconstruction of interstate road bridges was reached at the joint session of the two governments in January 2017, whereas the contents of the draft agreement were defined in 2019.