The future national stadium (Photo: Ministarstvo finansija)
The project of the construction of a national stadium was brought back into focus recently when Serbian President Aleksandar Vucic announced the beginning of the construction for 2021. It had been known before that the stadium would be located in Surcin, and Vucic now specified the location, saying that it would be built close to the Milos Veliki highway and the Belgrade-Surcin road.

On that occasion, he also presented the details of the structure itself, and the Ministry of Finance presented 3D models of the future stadium.

– The interior will be made of wood, whereas the exterior will be made up of a steel structure. The construction begins next year from the state budget – Vucic said and added that the capacity of the stadium would be 55,000 seats.

He added that the stadium “will not be cheap at all”, but that it would be a developmental project for that part of Belgrade. Let us remind that Finance Minister Sinisa Mali said earlier that the 2020 budget featured around EUR 250 million for the construction of the national stadium. 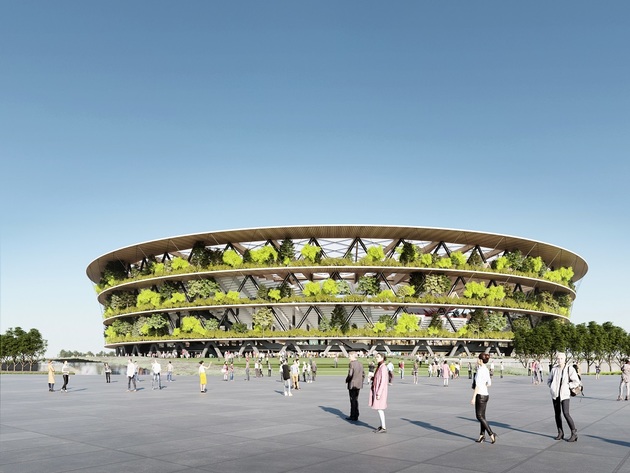 The look of the national stadium (Photo: Ministarstvo finansija)

Criticism of the project

While the president emphasizes that the construction of a national stadium is “essential”, there is plenty of criticism in the public, and the Kreni-Promeni team and the Association for Protection of Constitutionality and Legality (UZUZ) have launched a petition against the new national stadium.

As Beta reports, UZUZ said that Vucic had presented the decision without presenting a study of the economic feasibility of such a project. 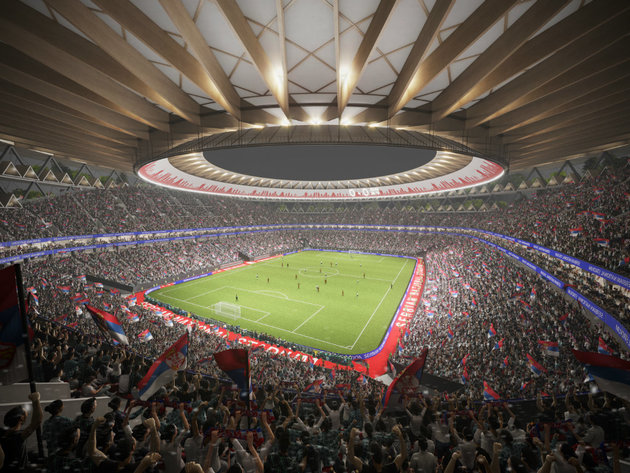 The look of the national stadium (Photo: Ministarstvo finansija)

Let us remind that, in June 2019, the government formed the work group for the following of the realization of the project called “Construction of the National Football Stadium, with Accompanying Features”.

The Urban Planning Institute of Belgrade then opened the public procurement procedure for the preparation of the geodetic and geological basis for the purposes of the Spatial Plan of the special purpose area for the National Football Stadium in Surcin in August 2019. The agreement, worth RSD 2.59 million, was signed with the Mining Institute in Belgrade and a subcontractor, the Belgrade-based company Geobest, which is supposed to be in charge of the geomechanical exploration boring works.

For the purposes of the Government of Serbia, the United National Development Program (UNDP) Office opened the first tender for bids for the preparation of the technical documentation on October 25, 2019. However, as Insajder learned from the UNDP Office, this tender was canceled.

As they say, the Government of Serbia has notified them that, due to the Covid-19 crisis, it is not capable of taking new financial obligations upon itself at the moment, due to which the tender was canceled.