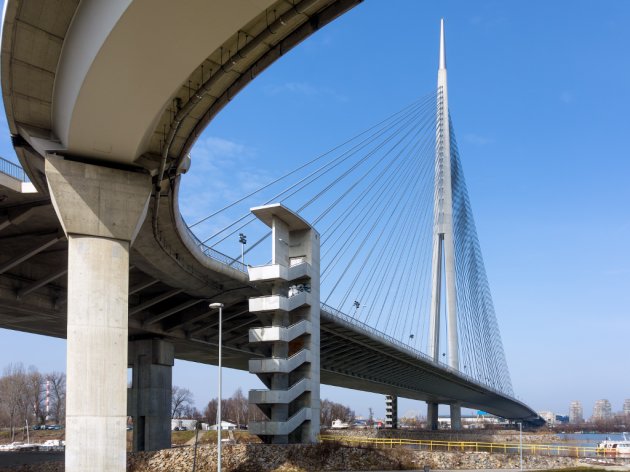 (Photo: kokixx/shutterstock.com)
The deputy mayor of Belgrade, Goran Vesic, has stated that the works on the reconstruction of Patrijarha Pavla Blvd are going as planned.

Vesic added that works were being carried out in the zone of the intersection with Pere Velimirovica Street at the moment.

– The traffic has increased a bit now in that location, because there are works in Pere Velimirovica Street, which is closed for traffic. Due to these works, a bypass route is being used – Vesic said for Beogradska Hronika.

He added that the project for the new phase of works from Kosutnjak to the Ada Bridge was being prepared.

He specified that the traffic route will go down the rail corridor around the Topcider Park.

– We will then have a traffic route with four lanes, going around the Topcider Park and meeting directly with Patrijarha Pavla Blvd, all the way to Pere Velimirovica Street. This is indeed a huge project, but once the works are done it will be a great relief for all the residents of Rakovica, but also of the whole Belgrade – Vesic said, as reported by Beoinfo.
Companies:
Grad Beograd
Tags:
Goran Vesić
reconstruction of Patrijarha Pavla Blvd
Pere Velimirovića Street
Ada Bridge
traffic route from Košutnjak to Ada Bridge
rail corridor
Topčider Park
Share: