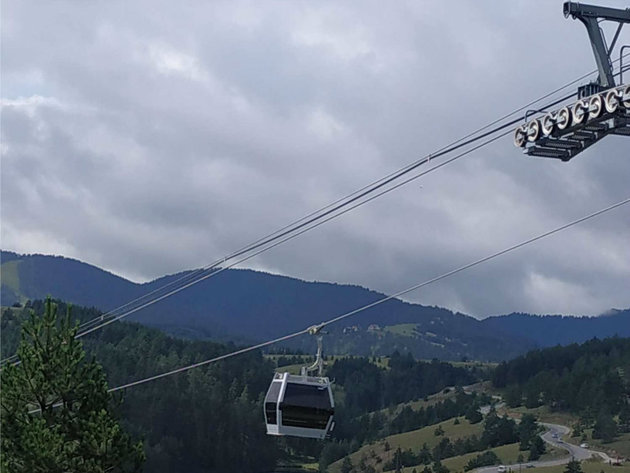 (Photo: eKapija/S. Petrović)
Gold Gondola, the tourist project of the decade on Zlatibor, worth EUR 13 million, has started its test run.

With the starting station in the center of Zlatibor, through the Ribnica Lake, to the Tornik peak, the panoramic gondola, nearly 9 kilometers long, will be able to transport 600 passengers in 55 cabins an hour during its test period of a month and a half.

The director of the PE Gold Gondola, Bojana Bozanic, pointed out on this occasion that the Zlatibor gondola, the longest of its kind in the world, was a step away from working at full capacity and that the project would contribute to the development of tourism in the region.

– Five years ago, the foundation stone was laid down and we have now finally completed the largest tourist project on Zlatibor and in Serbia so for. This is the longest gondola in the world, with 36 pylons, 3 stations and 55 cabins. By the end of September, the first guests will take a ride on this gondola. It will be a true attraction, which will push Zlatibor a step forward to the European tourism map.

She added that, with the first passengers, the entire route for the tourists was expected to be developed, that is, the space from the starting station to the Tornik peak. 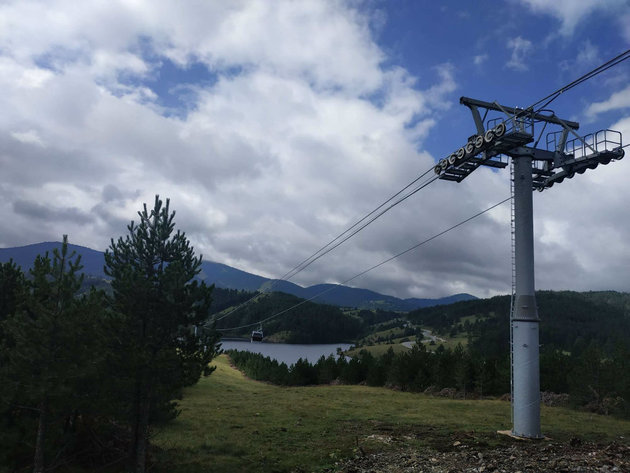 (Photo: eKapija/S. Petrović)
– Our goal is to have a much larger number of overnight stays in the next 7 to 10 years, to have up to 10 million and to have a million tourists. I am sure that, the way the investments in Zlatibor are going, it will come true – Bozanic said.

The president of the municipality of Cajetina, Milan Stamatovic, pointed out that the investment was of great importance for the entire area and that, despite numerous problems, it had been realized after all.

– During the realization of this project, there were numerous administrative problems, but we managed to overcome all of them. We now have a project built with the funds set aside by the local self-government and we are proud of it – Stamatovic stated.

Three stations were built for the gondola: Zlatibor – Village – starting point, Ribnica (right before the Ribnica Lake) and Tornik – the end point, and the ride takes about 25 minutes and provides a view to Zlatibor's landscapes.

Let us remind that the beginning of the construction of the gondola was made official in 2015 with the laying of the foundation stone.

In July 2017, the Ministry of Construction, transport and Infrastructure issued the building permit to the municipality of Cajetina for the first phase of the construction of the gondola, on the end point at the Tornik peak, whereby the conditions met for the works to officially begin.

At an international tender, the French company Pomagalski (POMA) was selected as the best bidder for the procurement of the equipment.

In addition to the procurement of the equipment, the guarantee and the delivery, POMA was obliged to follow the entire building process regarding construction, mechanical and electrical works, in order to finally put the entire installation into operation.