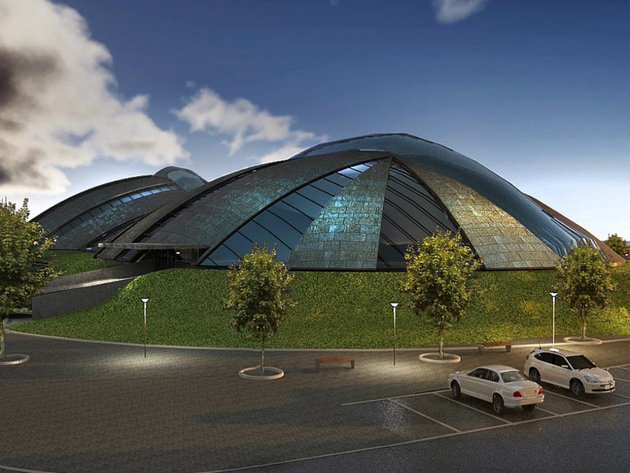 (Photo: Grad Čačak)
In the past years, the sports infrastructure in Cacak has been expanding. The development of the Track-and-Field Stadium was completed recently, and the city administration assures us that, in the near future, indoor city pools, which the citizens of Cacak have been expecting for several years, will be built as well. With the changes made to the General Regulation Plan, the location for an indoor pool has been defined in the area between the Faculty of Agronomy, “Vuk Karadzic” Elementary School and the Fruit Research Institute.

– An indoor city pool is something the citizens of Cacak have been dreaming about for a long time. The realization of this project, along with the planned reconstruction of the city basketball hall, will be the crown of all investments in sports features – Milan Bojovic, the assistant mayor of Cacak, says for eKapija.

The visual design of the indoor pools has been prepared, and the city budget for 2020 plans RSD 12 million for the preparation of the project-technical documentation.

The indoor pools will be part of the “Mladost” Sports Center in Cacak, which takes up 15 hectares in the most beautiful part of Cacak, on the right coast of the West Morava river. The area in which this facility is located features the City Stadium complex, the city beach, the Track-and-Field Stadium, small sports courts, outdoor pools, the “Mladost” Park, a park for dogs, a trim track, outdoor gyms... Along with all these features, the “Mladost” Sports Center also runs the eponymous sports hall and the “Sokolski Dom” facility, built back in 1925.

– A detailed reconstruction of the track-and-field stadium, which was built in 1972, was carried out in 2019 and 2020. Cacak got one of the most modern athletics stadiums with a certificate for hosting international tournaments. The investment is worth RSD 70 million – Bojovic says. 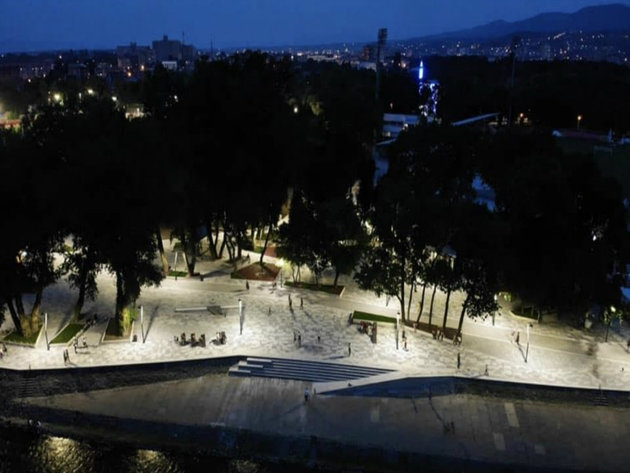 (Photo: Grad Čačak)
– This big project has been discussed for years. Although some of our fellow citizens were skeptical, I believe that their first visit to the reconstructed beach made them change their minds. Let me remind that no tree was cut down or destroyed, and the beach area features more green areas than before. Four cafes were opened within the stadium, with clearly defined outdoor seating areas and the whole area is much more cultivated than it used to be – our interviewee says.

All these works are accompanies by a full reconstruction of the City Rampart, the favorite promenade in Cacak, of 1,800 m. The works entail a full paving of the rampart, the replacement of the lighting and the street furniture, the development of access paths and stairs and the construction of a new rampart branch toward the Kosutnjak neighborhood.